How anxiety affects your focus - iWONDER 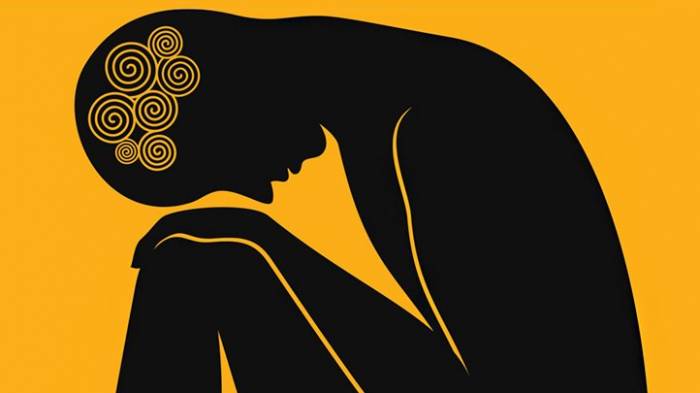 Feel like you can’t concentrate on anything at the moment? You’re not alone. The extra anxiety caused by the Covid-19 pandemic has impaired our working memory, experts say.

We all know the feeling: you walk into a room with a mission and then stop, confused and a little disjointed, realising you have completely forgotten why you’re there.

In 2011, researchers at the University of Notre Dame sought to figure out why – they determined it was the act of walking through the doorway that caused the instant amnesia. The brain, their study showed, is only designed to hold so much information at once, and a location change functions like a trigger to shed some data to make space for more.

Since the coronavirus’ spread began, I’ve been having that feeling of forgetting why I’m in the kitchen dozens of times a day. In fact, I’m finding it almost impossible to focus on anything at all. I can’t keep a phone number in my head long enough to dial it, and it takes forever to write a simple email. I start in on a task, and it’s only a few minutes before I’m distracted. My productivity has plummeted.

I’m not alone. Nearly person I’ve mentioned my new preoccupation problem to is dealing with similar issues. Suddenly, it takes a herculean effort to get anything of substance done. “I am incredibly busy,” one writer friend said recently, “doing nothing but dishes and taking walks.”

What’s happening is a malfunction of working memory: the ability to grasp incoming information, form it into a cohesive thought, and hold onto it long enough to do what you need to with it.

“Think of it as the mental platform for our cognitive operations, for what we’re thinking now,” says Matti Laine, a professor of psychology at University of Turku in Finland. “Working memory is closely related to attention. You’re focusing on some task, some goal, some directive or behaviour you want to get accomplished.”

In other words, working memory is the ability to reason in real time, and it’s a big part of what makes the human brain so powerful. But research has showed that rapidly changing circumstances, worry and anxiety can all have a significant impact on your ability to focus.

“Long before the pandemic, we completed an online study with a large group of American adults who filled out self-assessment questionnaires,” says Laine. “We saw a trend of a negative relationship between anxiety and working memory. The higher the anxiety, the lower the working memory performance.” When you’re having an acute anxious experience – say, someone threatening is walking behind you on your way home in the dark – it means you might have trouble recalling the details of their face. A drawn-out stressful situation can also ravage the working memory, making even the simplest tasks feel more difficult than they used to be.

“We’re talking about anxiety and stress that’s not acute,” says Laine. “It’s related to a deeply uncertain future. You don’t know – does it continue this summer, this autumn? Nobody knows. It’s leading us to a more chronic anxiety situation.”

While collecting data for an as-yet unpublished study on working memory training this spring, Laine says he and his team asked about 200 people from the UK and North America whether they had anxiety specifically linked to the pandemic.

“We added a question about pandemic anxiety because at that time it was all over the news,” says Laine. “We asked people to report their anxiety levels on a scale from zero to ten, with ten being ‘rippling constant worry that interferes with daily activity’. The mean value, which I think is pretty high, was about 5.6.”

In addition, Laine says those figures showed a clear correlation between that pandemic-related anxiety and decreased working memory performance, though there may be several different mechanisms for how anxiety, pandemic-related or otherwise, interrupts cognitive function. “There’s an idea that it somehow eats up your capacity,” he says. “When you’re anxious, your head is full of those thoughts, and your brain is somehow biased and paying more attention to negative things.”

Sustained anxiety can also cause insomnia, explains Oliver Robinson of the Institute of Cognitive Neuroscience at University College London. “Lack of sleep is a really good way of impairing working memory,” he says. “If you’re not sleeping as well, that’s a great way to wreck it.”

Even if you’re not explicitly aware of being more on edge, “it’s something you’re processing,” adds Robinson. Working memory problems might also be due in part to a cognitive load that’s overwhelming your brain’s capacity.

Robinson explains that even simple cognitive processes like making a shopping list now require more brainpower. “Now, rather than thinking, ‘I’ll just run to the store’, you’re thinking about what you need, what stores are open and whether it’ll be safe to go there. Let’s say your brain can do four tasks at once. Now all of a sudden there are 10, and you can’t do any of them.”

The good news is you can exercise working memory. There are lots of ‘brain games’ out there, but playing most of them, experts agree, doesn’t actually do anything except make you better at that game. “Cognitive training games don’t make me better at remembering my shopping list,” says Robinson. “That’s like trying to train people to play tennis by having them run.”

However, one specific type of training exercise, called the N-back, does show promise in some studies. The N-back task is a bit like the classic Concentration game, in which players have to find pairs of matching cards. But, instead of pairs, there is only one object that moves around the grid-style board. Players have to remember the object’s position through a certain number of turns – 1-back, 2-back, and so on.

Whether playing it has a real-world impact on working memory remains a bit controversial in the neuroscience community, but a few rounds may also help you let go of some tension. After all, it’s the anxiety that’s causing the problem in the first place, and relieving that could help solve some focus issues.

Usually, in therapeutic treatment for anxiety, “we rely on showing people that things aren’t as bad as they think they are,” says Robinson. “In this case, you can’t really use that. But you can limit the things that make you think about it.”

In other words, rebooting your working memory may also mean cutting down on your news consumption and considering a break from social media. But the most effective thing to do might simply be to convince yourself it’s OK to be struggling.

“Giving yourself permission to feel it’s OK to not feel OK, paradoxically, can make you more OK. If you are just fixating on it, you aren’t going to get anything done,” says Robinson. “You’re just not going to be as productive, and there’s nothing wrong with not being able to work at 100% capacity: we are still in the midst of a pandemic.”