Amsterdam plants mini-gardens around bins in drive to cut littering 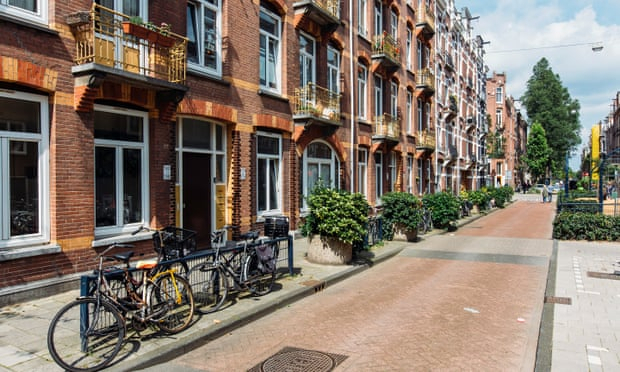 Mini-gardens are being planted around street bins in Amsterdam in an experiment to test whether they will dissuade people from carelessly littering near them.

The trial will be conducted at 17 sites over the next three months. An earlier experiment using artificial grass at the base of 150 bins was a partial success, reducing the dumping of rubbish in the immediate vicinity by around half, but the plastic turf soon became tatty.

Rick Vermin, a council official, said it was hoped that the presence of foliage and flowers would act as a “kind of moral appeal” to potential litterers and give a lift to the appearance of Amsterdam’s streets.

The main concern for council officials conducting the trail is whether the gardens prove to be an obstacle to teams collecting the rubbish.

The problem of litter around public bins has come to the fore during the lockdown as people working from home have ordered more takeaways, increasing the amount of bulky waste.

Residents were also found to be fearful of touching the bins due to the coronavirus, and there was a higher level of absenteeism among rubbish collectors, meaning street bins were often left full.

The street bins in Amsterdam are used both for general litter and by residents for their rubbish bags. The municipality had to contract two private companies to remove the extra bulky waste, and council officials complained in the media last month about the attitude of Amsterdammers to their streets.

“I’m starting to get tired of cleaning up the mess behind the butt of the people of Amsterdam,” said one councillor, Laurens Ivens. “They can put on gloves. There is no reason to put garbage bags on the streets. It cannot go on like this. We have to go through this crisis together.”