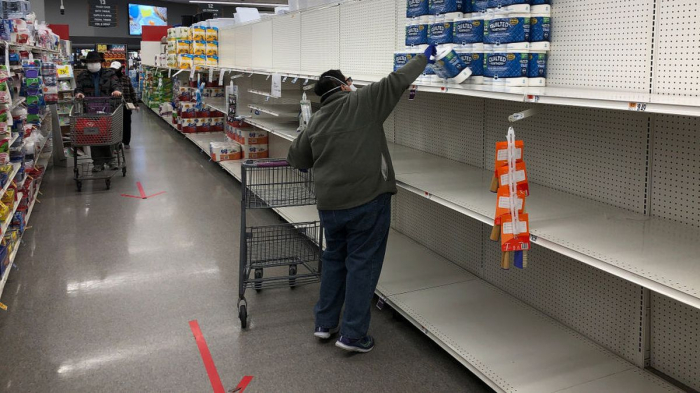 Dystopian fiction has prepared us for all kinds of apocalypse. Shambling zombies, alien invasion, and, of course, deadly plagues. But not even the most twisted mind could predict the tragic depletion of the most valuable of resources - toilet paper.

Why didn't people buy up all the toothbrushes, or socks? We don't have all the answers yet, but researchers are looking - and they may have identified the types of people who were responsible for sending us all into a toilet paper shortage.

A new study using personality surveys has highlighted a few traits common among the people who stocked up during lockdown.

Those most likely to have hoarded toilet paper were found to be more emotional, more conscientious, and more fearful of COVID-19 than the rest of the population - not entirely a surprise, but an interesting personality profile to consider.

The finding implies that the rush on many products wasn't so much a selfish act of depriving others, as much an expression of concern for friends and family during hard times. And who can really blame them for looking out for number one when it comes to number twos?

Faced with unknowns of the pandemic and with deaths on the rise, people everywhere did their best to prepare for the worst. For some, this meant ensuring the essentials were taken care of, stocking up on non-perishable food and water, not to mention sanitisers and medication.

While items like pasta and alcohol wipes make sense, few could have imagined toilet paper to be so high on that list, with some European manufacturers reporting as much as a 700 percent increase in sales.

(It's not the first time the world has seen this kind of craze, either. Nearly half a century ago, a similar consumer rush saw supermarket stocks of toilet paper run out across America. It was fairly easy to trace the public's anxiety to overhyped media reports in the November of 1973, as a series of US headlines highlighted tissue shortages in Japan.)

Explaining hoarding during a pandemic is a little more complicated, given there was an actual crisis to worry about. What many view as self-centred 'panic buying' might more reasonably be described as widespread planning, albeit in a rather uncoordinated fashion.

"Although stockpiling as a result of perceived threat might be considered selfish by some, it is important to note that it would not necessarily reflect a dispositional lack of prosociality," the team behind the new study notes in their report.

"Instead, even the most humble and moral individuals might stockpile toilet paper as long as they feel sufficiently threatened by the pandemic."

To better understand the real psychology behind this kind of mass purchasing, psychologists from the University of Munster and the Max Planck Institute for Evolutionary Anthropology in Germany, and the University of Saint Gallen in Switzerland, put together an online HEXACO personality survey just as governments were enforcing lockdown programs in response to climbing infection rates.

The researchers collected responses from just over 1,000 adults in total, representing 35 countries. An analysis of their answers showed which personality descriptors in the HEXACO model aligned with a tendency to buy up toilet tissue.

The results delivered three significant findings. Firstly, those who saw COVID-19 as more of a threat were - surprise - more likely to purchase more tissue.

In addition, those qualifying as emotional in the personality domain – meaning they experience more anxiety, and feel a greater deal of empathy and sentimental attachment to others – were also more likely to stockpile.

Lastly, being conscientious, or diligent in organisation, correlated with the behaviour of purchasing big on toilet rolls.

These personality traits only cover around 10 percent of the variability in patterns of consumer behaviour, though, meaning there are plenty of other potential influences to explore.

The study also suggested that older folks were slightly more likely to purchase more rolls too, and found Americans shopped less frequently than European customers, but bought big when they did.

For now, the toilet paper crash of 2020 is finally behind us, with sanitation demands once again being met.

That said, we're only halfway through the year. Should aliens invade in August or the dead rise in October, hopefully we'll do a bit better at sharing those last precious squares of two-ply.

This research was published in PLOS One.