New world of work will require flexibility all around - OPINION 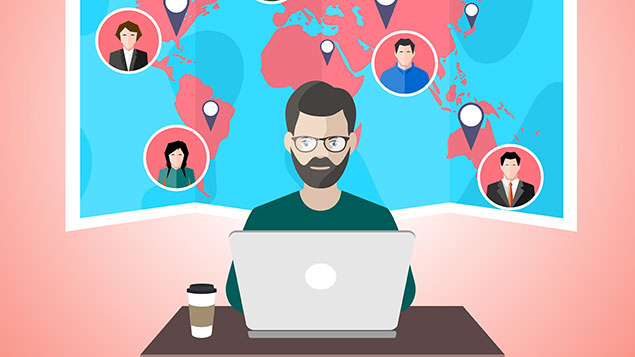 U.K.-based journalist with a longstanding interest in management

With unemployment rates in leading countries rising dramatically to the sorts of levels not seen since the Great Depression of the 1930s, it would be surprising if the same sort of rhetoric that characterized the recruitment and retention of employees prior to the pandemic survived afterwards.

Companies are unlikely to stop referring to their employees — high-performing or otherwise — as talent, but since job security is set to be more important than advancement they perhaps will not get into “talent wars.” Moreover, according to Mahe Bayireddi, chief executive of the HR technology company Phenom People, employers might take a gig economy approach to move people within the company. “This enables employers to fill voids, avoid unnecessary layoffs, and gives employees the opportunity to explore different roles and responsibilities across different departments of the company,” he says. This flexibility could be even more attractive to managers in companies that cover several sectors. For example, employees in areas such as aerospace or retail that are particularly vulnerable to the effects of the crisis could be moved to businesses in high demand, such as healthcare, pharmaceuticals or the provision of safety equipment. “Just as employees look to new opportunities within their company before looking elsewhere, so do employers. Organizations are investing in learning and development and gig solutions to increase their workforce’s abilities and improve the employee experience,” says Bayireddi.

One of the striking features of the crisis has been the speed at which organizations have adapted. Even long-established and more traditional businesses have been able to organize remote working for large proportions of their workforces. And this has been made possible in large part by the adaptability of individual workers. Bayireddi believes flexibility and a willingness to adapt and learn new skills will be vital for employees looking to prosper in the coming months and years. Managers need to look for candidates with strong values and skills such as teamwork, flexibility and critical thinking, he says. “These characteristics have a longer shelf life than hard skills which are constantly evolving.”

However, fears over job insecurity may not necessarily make employees docile. Recent research from Just Capital, which ranks companies according to how they deal with issues that matter most to employees, indicates that 80% of Americans agree the pandemic has opened their eyes to acceptable and unacceptable corporate behavior. Additionally, a similar proportion say they would remember which companies did the right thing by their workers, whether it be extra safety measures or efforts to avoid layoffs.

Jeff Cates, chief executive of Achievers, which uses technology to enhance employee engagement, says that companies will have to reassess how they do things. And much of that will involve deciding how they will be able to continue to drive energy when employees are working remotely since surveys indicate that many are likely to insist on being able to do so for some time to come. He agrees that — even as things got back to something like normal — companies will have to take account of employees’ changed attitudes. In particular, they will have to be mindful that employees will be concerned about whether their employers have “done the right thing.” He adds: “Companies are going to have to be more thoughtful about ensuring engagement.” Pointing out that annual reviews will no longer be sufficient to test the “pulse” of the organisation, he says that companies will need to put a lot of consideration and effort into devising systems for showing recognition and appreciation of employees, which is the top engagement driver. “How do you do it in a way that shows the organization what you value?”

Of course, organizations would not even be able to contemplate remote working without the technology provided by companies such as Microsoft and Dell Technologies. Reporting Microsoft’s earnings for the first quarter of the year, chief executive Satya Nadella in late April made a comment that has been much repeated in the weeks since: “We’ve seen two years’ worth of digital transformation in two months.” In April alone, the company saw more than 200 million Microsoft Teams meeting participants in a single day, with the tool having more than 75 million daily active users by the end of the month. And then there has been the rise of Zoom, known only to early adopters before March but now a household name. In a similar period it reported that it had 300 million daily meeting participants.

At Dell Technologies, which has been helping organisations around the world, including many healthcare systems, continue operating in this time, Adrian McDonald, president of EMEA, said in a recent interview that “the capabilities were always here. They just weren’t field-tested.” Now, companies were realising that what were previously concepts actually worked, and many were actually embracing activities that would previously have been anathema. For example, having previously insisted on seeing customers face-to-face, they were often now happy to meet via Zoom or similar technology and not waste time travelling.

Moreover, the technology would continue to develop in line with demand. For example, there were already tools that allowed greater interactivity in virtual meetings and there was technology that would enable the sort of random meetings with work colleagues that are a key feature of office life.

Dell’s research indicates that before the pandemic most companies had about 20% of their employees working remotely. That had risen by about 10 percentage points and was expected to rise again to the point where up to half of workers might typically be working remotely. At the company itself 65% of workers were using flexible working practices before the crisis so that on any given day about a third were working remotely. The “connected workplace infrastructure” that the company had set up to deal with unexpected developments enabled 90% of the company’s 160,000 employees around the world to be set up for effective remote working in under two weeks.

Of course, nobody really knows what the future of work will look like (although the crisis has certainly boosted discussion of it). But Jared Spataro, vice president for Microsoft 365, has said that, while some of the habits developed to cope with the virus would prove temporary (such as parents having to juggle work and childcare) others were likely to persist “well beyond the current crisis.” He added: “Data from regions like China and South Korea, where many people have returned to the office, but continue Teams habits they developed while working apart, backs this up.”