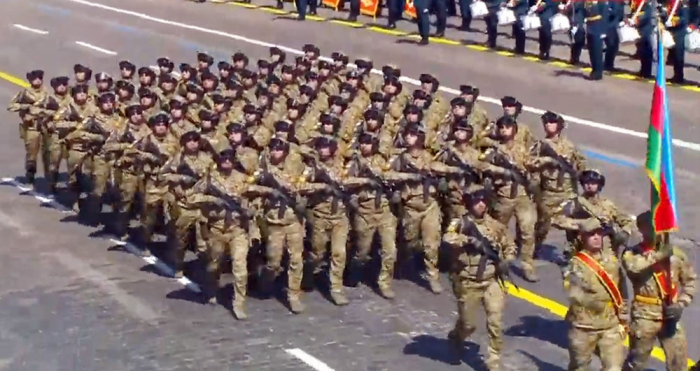 A parade formation consisting of 75 servicemen of the Azerbaijan Army took part in the military parade dedicated to the 75th anniversary of the Victory over fascism in the Great Patriotic War held on June 24 in Moscow, AzVision.az reports. 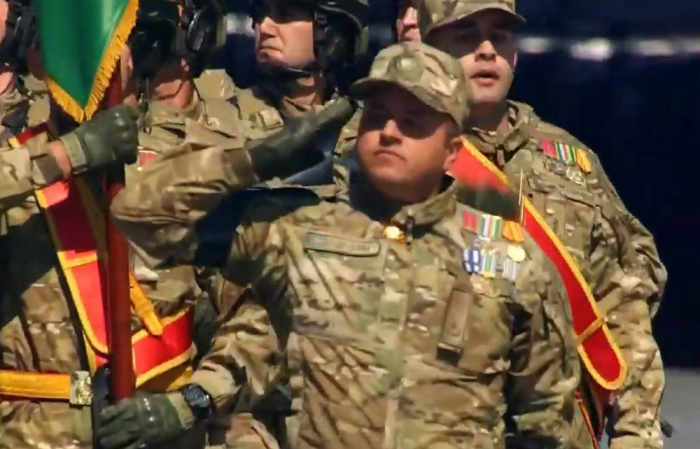 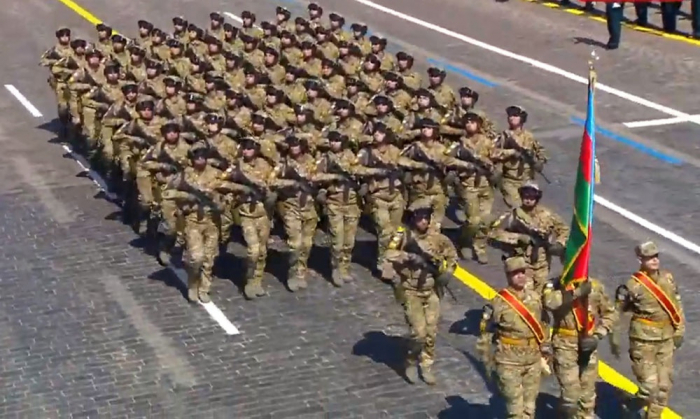 Russia celebrates its biggest public holiday, Victory Day, with a military parade that was meant to be held on 9 May.

It is 75 years since the then USSR defeated Nazi Germany. World War Two cost more than 20 million Soviet lives.

Moscow's lockdown has eased this month, enabling the parade, featuring tanks and long-range missiles, to go ahead.

The annual parade - starting this year at 10:00 (07:00 GMT) - is always an occasion for President Putin to harness Russian patriotic feelings, in a way reminiscent of Soviet times.

He has restored Cold War-era Soviet symbols, and in 2008 he reintroduced heavy weaponry in the parade. The black-and-gold wartime St George's ribbon is especially ubiquitous.

Nazi Germany surrendered to the Allies - Britain, the US and USSR - on 8 May 1945. But traditionally Russia and the other ex-Soviet republics mark the victory on 9 May.

Holding the delayed event on 24 June commemorates the victory parade staged by the USSR back in 1945.

This year's parade is special for Mr Putin because in a week's time Russia will hold a nationwide vote on constitutional amendments that are expected to pave the way for him to stay in power beyond 2024, when his current term expires.

Technically mass gatherings are still banned in Moscow, which continues to record a stubbornly high number of new Covid-19 cases each day - more than 1,000 were reported on Tuesday, the eve of the parade.

Moscow mayor Sergei Sobyanin has urged residents to stay at home and watch the parade on TV.

War veterans invited to attend will be spaced apart on the viewing stand, and the authorities believe this enforced social distancing means they can watch without wearing masks. All those invited have been required to be tested for the virus.

The military units taking part have been in quarantine during weeks of rehearsals, avoiding contact with anyone not directly involved in the event.

The parade will feature about 13,000 military personnel, 234 armoured vehicles, and 75 aircraft performing the traditional flypast.

It will include units from most of the ex-Soviet republics, as well as from China, Mongolia and Serbia.

Russia's "hero cities", which saw the heaviest fighting in the Soviet "Great Patriotic War" against the Nazis, will hold military parades too. However, this year 13 cities and big towns opted not to stage parades.

Mr Putin identifies on a personal level with the sacrifices made in the war: his father was seriously wounded in combat and his infant brother Viktor died in the siege of Leningrad - today's St Petersburg.

Some major world leaders were to have attended the cancelled 9 May parade, including French President Emmanuel Macron and Chinese President Xi Jinping.

Serbian President Aleksandar Vucic and Belarus President Alexander Lukashenko are expected to attend this year, but few other European leaders will.