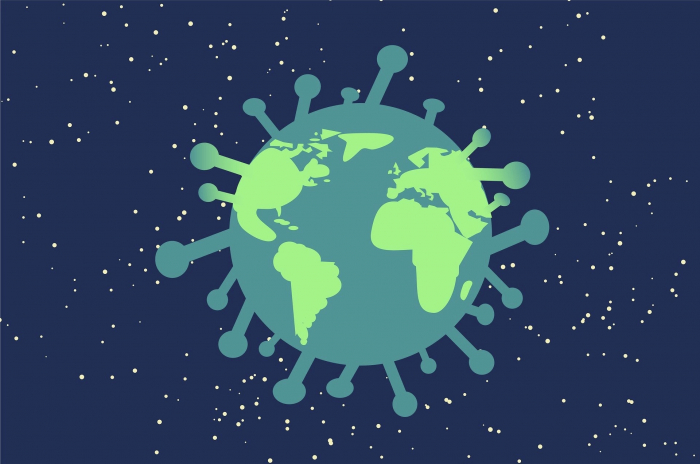 The Director of Clinical Virology and Vice Chair of Practice in the Department of Laboratory Medicine and Pathology at Mayo Clinic.

With Covid-19 being confirmed in nearly 8.5 million cases worldwide, many are asking, “Where did the virus come from?” Conspiracy theories have attempted to link the origin of the virus to a Chinese research laboratory, despite a lack of any evidence to support the claim. Instead, it is the overwhelming opinion of scientific experts that SARS-CoV-2 (the cause of Covid-19) originated like other viruses causing past pandemics – naturally. To gain insight into how this coronavirus emerged to cause one of the most significant pandemics in recorded history, we can examine several examples from the last century.

In 1918, a novel influenza virus swept across the globe, infecting 500 million people – a third of the world’s population at the time – and killing 40-50 million. Like other viruses that have caused global pandemics, influenza is a zoonotic pathogen, meaning it naturally resides in various animal species, including birds, swine and horses. Influenza possesses a segmented RNA genome, composed of 8 different pieces of RNA that encode for various proteins, such as those that allow the virus to attach to host cells or be released from an infected cell. Because influenza viruses have an RNA genome, they randomly mutate over time, a process called antigenic drift, which may result in minor changes to viral proteins. These slow changes over time are the reason that an annual flu vaccine is needed – because the strain that is circulating today will likely change and may not be recognized by our immune system a year from now.

Interestingly, influenza’s segmented genome allows for a unique phenomenon, called antigenic shift, to occur. Imagine that a person is unlucky enough to be infected with two different influenza viruses at the same time – one of these viruses predominantly infects humans, and the second has adapted to primarily infect birds. If the two viruses happen to infect the same cell, their RNA segments can undergo “genetic mixing” and result in an entirely new strain of influenza being produced. Although the precise origin of the 1918 influenza virus remains undefined, it is believed that an avian strain of influenza gained the ability to infect humans and be transmitted efficiently from one person to another.

Gene sequencing studies performed on lung tissue from individuals who died during the 1918 pandemic showed the virus could be traced to an avian origin. The virus acquired the necessary traits to infect humans, spread effectively and be highly pathogenic. The emergence of this novel virus, along with the mobilization of troops during World War I (1914 - 1918), created the perfect storm for introduction and spread of a highly lethal pathogen into a global population that lacked pre-existing immunity.

In April of 2009, just as the seasonal influenza season was winding down in the Northern Hemisphere, the U.S. Centers for Disease Control and Prevention (CDC) investigated a cluster of respiratory infections in Mexico and Texas. The CDC determined the cause to be a novel influenza virus, which was later determined to have originated in swine in central Mexico. Over the next 19 months, the virus infected an estimated 700 million people worldwide and was attributed to over 280,000 deaths. A decade later, sequencing studies have shown the 2009 H1N1 influenza virus to be the result of a quadruple reassortment event (i.e., due to antigenic shift), with components derived from influenza strains circulating in humans, birds, North American pigs and Eurasian pigs.

In fact, it is believed that the global trade of pigs between North America and Eurasia allowed for extensive genetic mixing of influenza viruses, which ultimately spilled over into humans during the spring of 2009. Interestingly, unlike most influenza viruses that cause higher morbidity and mortality in older individuals, the 2009 H1N1 pandemic disproportionately affected individuals younger than 65 years of age. This is believed to be due to older individuals having had prior exposure to certain influenza viruses making up the 2009 pandemic strain, and therefore, some protective immunity.

Why Covid-19 represents the tip of the pandemic iceberg

SARS-CoV-2 isn’t the first coronavirus to spillover from animals into humans and potentially cause severe disease. We’ve seen this before, albeit at a lesser extent, with the emergence of SARS-CoV in 2003 and MERS-CoV in 2012. Studies have concluded that SARS and MERS originated in bats and subsequently crossed over into humans through interaction with civets and camels, respectively. When the SARS-CoV-2 genome was first published, it allowed researchers to perform a genetic investigation into the likely origin of the virus. After months of analysis, there is no evidence of human-engineering. Instead, the data support that SARS-CoV-2 is genetically related to the original SARS virus; it naturally evolved in bats, and subsequently spilled over into humans through interaction with an intermediate host, likely the pangolin or a reptile species, such as turtles.

Viral pandemics, such as those occurring in 1918, 2009 and today, are a reminder of the natural consequence resulting from viral evolution, human population growth, global commerce, increased travel, deforestation and climate change. When these factors collide, it no longer becomes a question of “if” another viral pandemic will occur – it becomes a question of “when?” The result of future pandemics will largely depend on our response to Covid-19 and our willingness to prepare for the inevitable.