Who is affected by Trump’s immigration executive order and how? 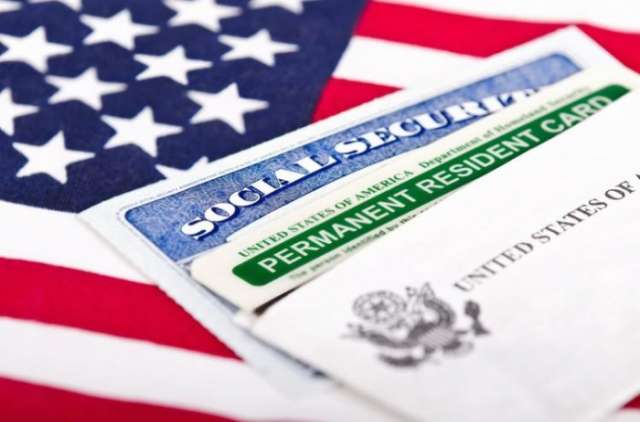 President Donald Trump signed an executive order this week that will freeze new visas for many foreign workers.

The freezes will continue throughout the end of the year.

Mr Trump said US visas had to be withheld to protect American jobs at a time when hundreds of thousands are out of work due to the coronavirus. The White House projected that 525,000 American jobs will be left unfilled by foreign workers as a result of the order.

“American workers compete against foreign nationals for jobs in every sector of our economy, including against millions of aliens who enter the United States to perform temporary work,” the executive order proclamation states. “Under ordinary circumstances, properly administered temporary worker programmes can provide benefits to the economy. But under the extraordinary circumstances of the economic contraction resulting from the COVID-19 outbreak, certain nonimmigrant visa programmes authorising such employment pose an unusual threat to the employment of American workers.”

The executive order expands immigration restrictions Mr Trump enacted in April that were set to end at the end of the month.

Here’s how Mr Trump’s executive order – which goes into effect 24 June – will affect individuals seeking work in the US.

H-1B visas for tech work, H-2B visas for temporary workers, H-4 visas for the spouses of certain visa holders and J visas for individuals participating in work or education exchange programmes will be suspended through the end of the year. L visas, which are used for transfers within companies, will also be suspended.

H-2B visas allowed temporary workers to stay in the US for up to three years. H-4 visas are generally issued to the spouses of H-1B visa holders. J visas are referred to as “cultural exchange” visas and are generally reserved for visiting scholars, professors and researchers or exchange programmes such as interns or camp counsellors.

In addition to the executive order, White House officials told reporters that Mr Trump wants to end the lottery system for H-1B visa selection. Rather than selecting candidates using a lottery, Mr Trump wants to implement a structure wherein the companies offering the highest salaries are assigned H-1B workers.

According to US Citizenship and Immigration Services, there were 388,403 H-1B visa holders in the US in 2019. Approximately 72 per cent of the visa holders were from India. The second largest group of workers – 13 per cent – came from China. The vast majority of these workers were hired by the country’s tech industry.

As for H-2B visas, nearly 75 per cent – roughly 100,000 – were awarded to Mexican labourers in 2019. J visas account for roughly 300,000 visitors each year. Hospitality workers – like those employed by Mr Trump’s hotels – will also be denied entry under the executive order.

The suspensions will only apply to workers seeking to gain access to the US. Current visa holders already working in the US will not be impacted by the changes.

White House officials also told reporters on Monday that Mr Trump plans to issue new regulations that would deny work authorizations to asylum seekers who have pending claims for one year.

The source told reporters that the restriction is meant to curb “exploitation” by migrants seeking better working conditions in the US. Without work authorization, asylum seekers will have to be independently wealthy, be supported by family or friends already in the country, or work illegally to provide for themselves.

The regulation regarding asylum-seekers is not expected to go into effect until later in the summer.

Healthcare workers and researchers involved in the fight against the coronavirus will not be barred from the country as a result of the executive order. University professors are also exempt.

Exemptions have also been made for workers in the agricultural and seafood industries, which rely on a largely migrant workforce.

According to NBC News, a senior White House official told reporters that au pairs were also exempt from the suspension, but a written version of the executive order later included au pairs as subject to the restrictions.

Non-citizen spouses and children of US citizens are exempt from the restrictions, as are holders of nonimmigrant visas valid on or before 24 June.

Recourse for individuals affected by the new order is limited.

The order goes into effect tomorrow, which effectively makes it impossible for those hoping to change their visa arrangements to do so.

Even if they had more time, however, the US Department of State announced on 20 March that its routine visa services were suspended at all US embassies due to the coronavirus. The statement announcing the cessation of services said they would resume “as soon as possible” but that the department was “unable to provide a specific date at this time.”