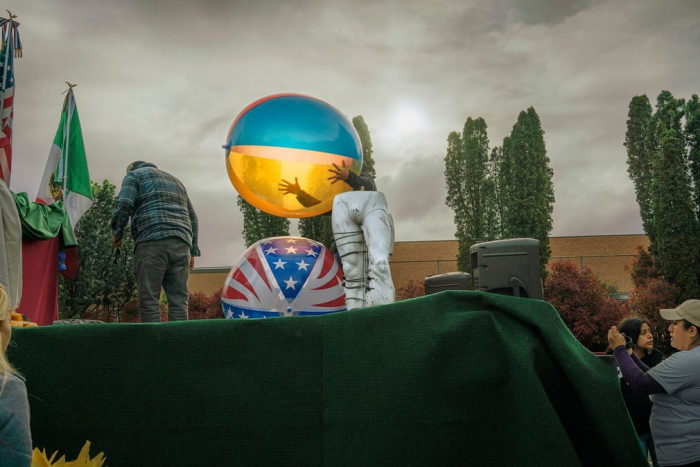 From drive-in cinemas to butchered pigs, these images were all acclaimed at this year’s LensCulture street photography awards 2020, AzVision.az reports citing the Guardian. 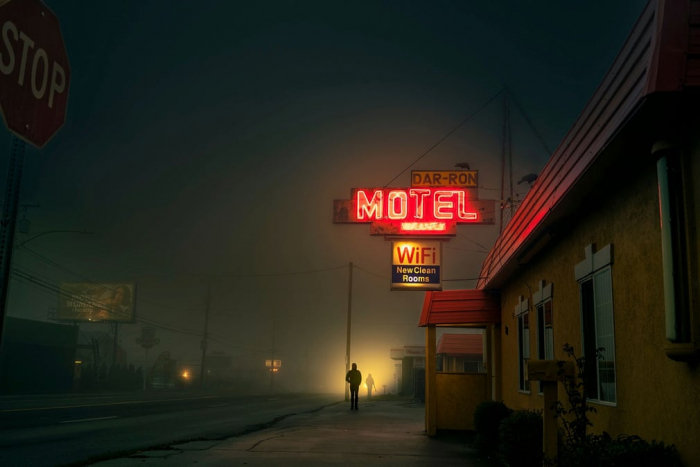 Fletcher says: ‘All of my photographs were taken on a single street in Portland, Oregon, a heavily travelled route that thousands of people navigate every day. Often derided and considered ugly by some, it is not known for its ease or hospitality. Nonetheless, it is a necessary and functional part of the city.’

‘This project is a look into my backyard – a look at my city,’ adds Fletcher. ‘A documentary about 82nd Avenue against the backdrop of Portland’s rampant urban growth and a look at how we, as denizens, have at times prospered, but have also suffered from it. Every city in the world has an “Avenue of Roses”, a place depicting the multi-layered relationships humans have with their constructed environments and urban landscapes’ 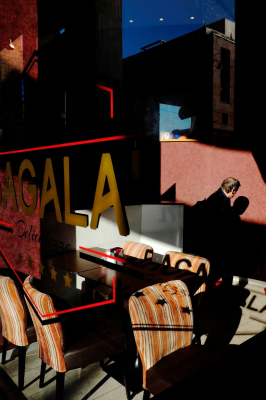 ‘From an ongoing book project and the vain quest for an elusive dolce vita,’ says Paton 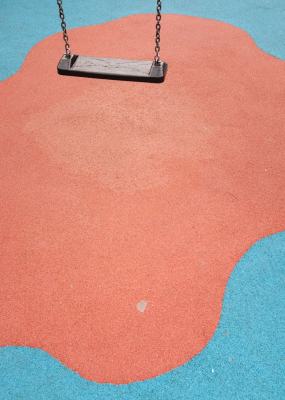 Sanz says: ‘There is a certain beauty in that which apparently is irrelevant. A beauty that sometimes intensifies, with the simple act of framing it with the margins of a window. I play to isolate what interests me from everything around it. Using light, shape and colour to structure each image’ 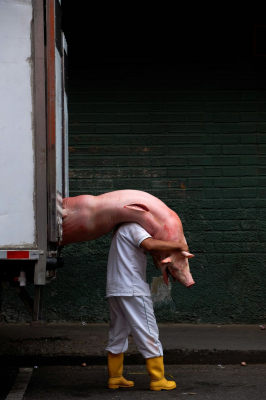 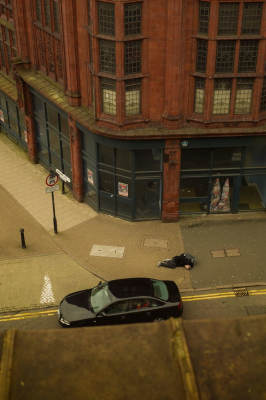 ‘These images aim to demonstrate – actually or conceptually – the daily collisions between one’s inner private self and the everyday reality of urban city living,’ says McIlvaney. ‘They form part of a project intended to explore the metaphors associated with this tension: vulnerability; alienation; subordination; fear; threat; isolation; infringement; and intrusion’ 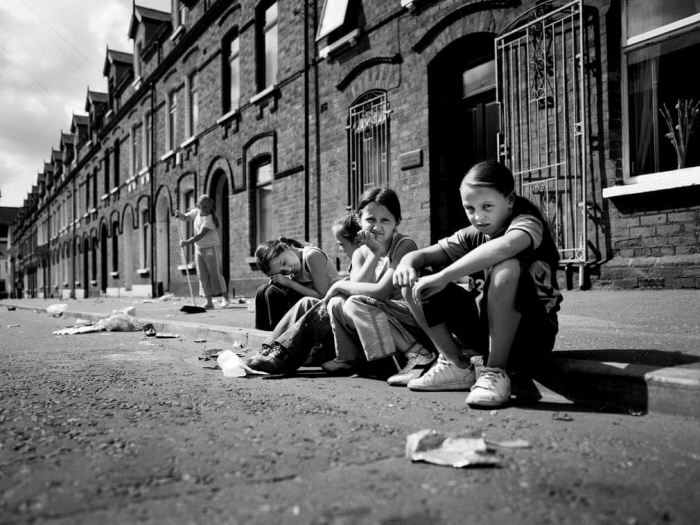 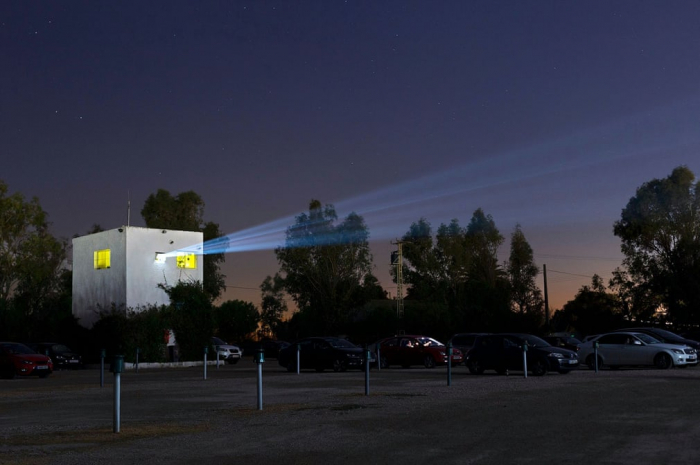 Font De Mora Martí says: ‘This project shows five of the six drive-in cinemas still surviving in Spain; Star in Valencia, Drive-in in Denia, El Sur in Alicante, Race in Madrid and Autocine Gijón in Gijón, all peculiar cinemas where we watch the silver screen through the windscreen. I make these almost forgotten spaces visible again through the spotlight of my cinematic aesthetic. These are places unknown to most people, as many associate drive-in cinemas with old film scenes and the United States’ 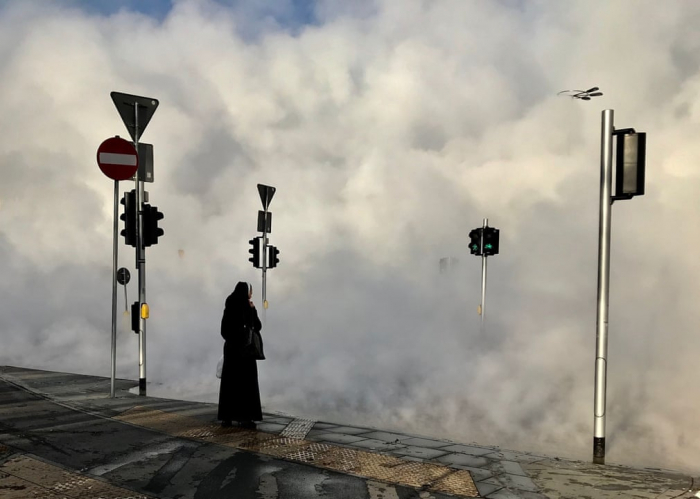 Although Madejski is a successful cinematographer, photography was his first love. Now he is compelled to go back to where he started 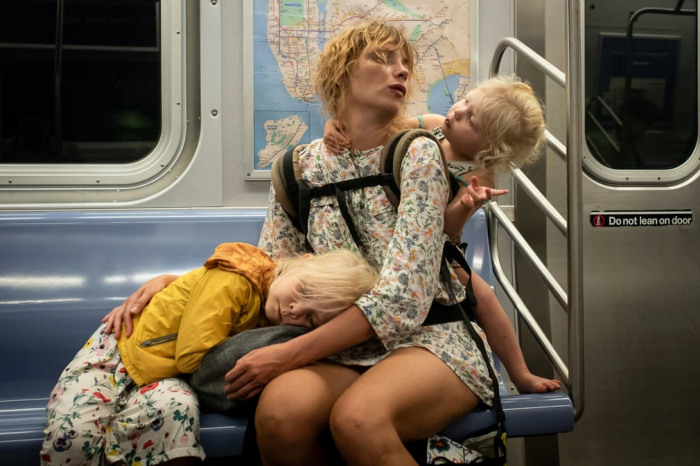 Kessel says: ‘It was candid. The camera was on my lap and they never noticed me.’ 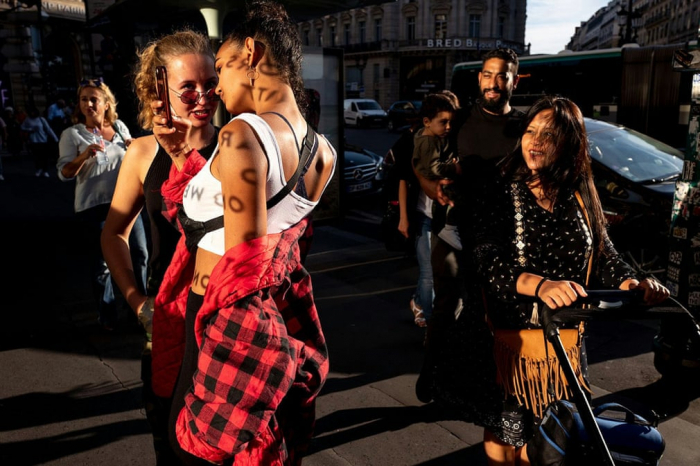 This is what photographers call the ‘golden hour’. For a fleeting moment, light and shadow sculpt any passerby like a cinematographer would an actor. Ordinary people become the stars of their own life, unknowingly striking dramatic poses at a street corner. At a time when most passersby have to wear a mask, this series is also a tribute to the human face and its endless ability to convey emotion through a split second 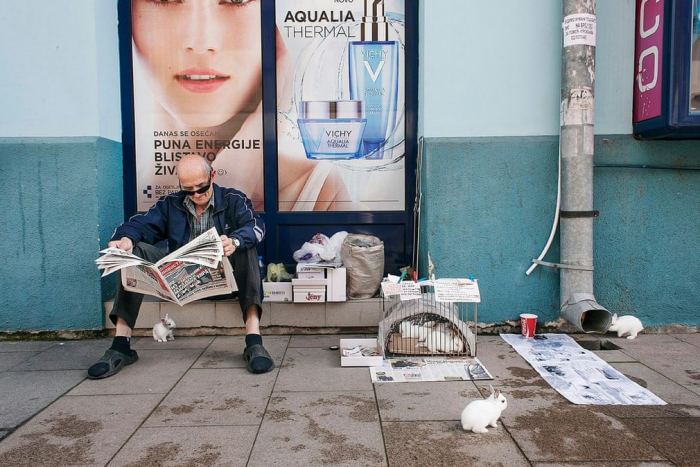 Steveniers says: ‘The capital of Sumadija in central Serbia. This region is known for its nature and mountains. There is basically no tourism and little influence from the west. People are mostly self-sufficient and farming is their main income. I experienced Sumadija as a fairytale, in which elements of daily life blend into a magic-realistic world that looks strange for me as an outsider. The photographs convey a sense of humour, a light-hearted touch and a hint of surrealism’ 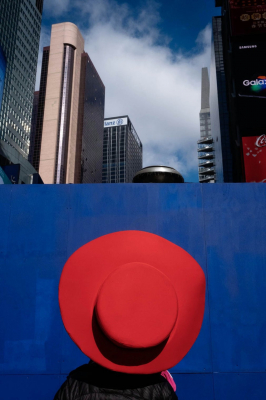 Welch-Kling says: ‘This photo was taken on a cold, winter afternoon in Times Square, New York City, in January 2020. I was about to head home but caught sight of the blue back wall of a coffee truck. I decided to linger for a while to see what might evolve. One of the characters was wearing a red hat, and when they stood in front of the blue wall and the skyline of the city, it created a sense of mystery while staying anonymous’ 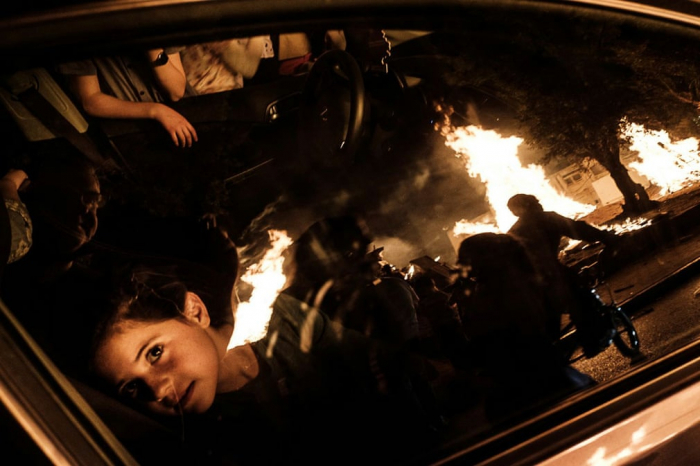 Gabi Ben Avraham – 1st place single: The Street Is Not a Studio

Ben Avraham says: ‘The shadows, fragile outlines, reflections within daily lives that are not noticed in the busy and thick urban landscape and sometimes are even crushed by it – these are precious to me’ 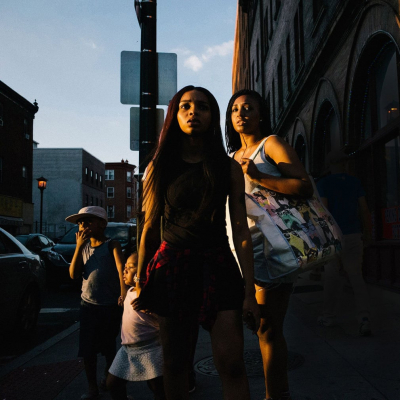 Jankus says: ‘In the city, most people seemed somehow lost to me, geographically, mentally or even physically. They open up as if we’re in a most private place, while in fact being in the least private environment I can imagine’ 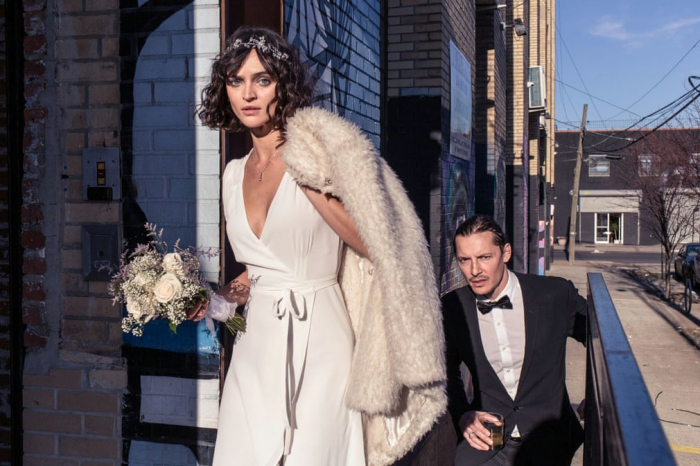 ‘NYC is known for the diversity of all aspects of life here, be it cultural, social, political, professional,’ says De Melo. ‘A stroll around on a regular day provides scenes that for an instant make you double-check that you didn’t just stumble upon a movie scene or a fashion editorial’ 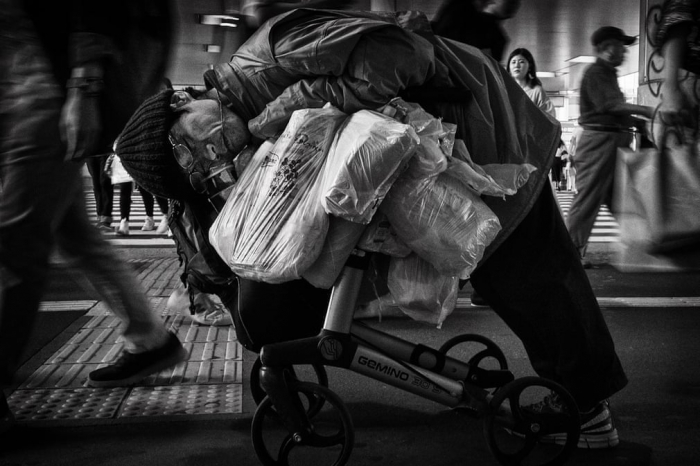 Kawaoto says: ‘The city raises a person. I like to capture the moment people walk in a photograph. Because as they move, the city gets power, and the city develops’