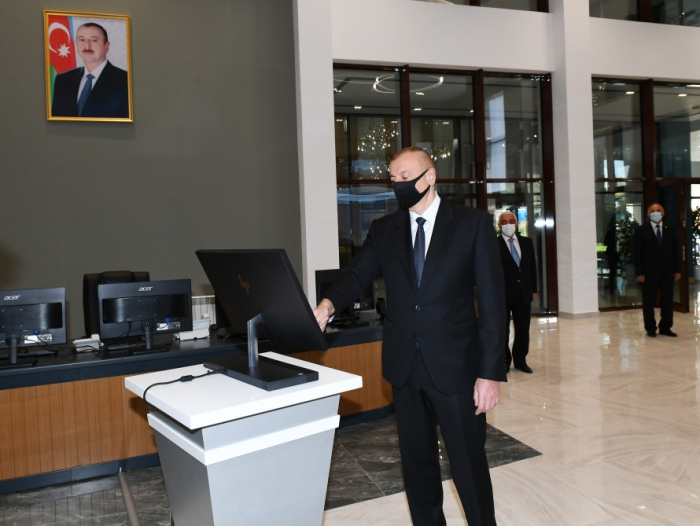 President of the Republic of Azerbaijan Ilham Aliyev has attended the opening of the Museum of State Symbols in Mingachevir.

The head of state was informed about the exhibits, which are demonstrated in the museum.

The 330 and 500 kilovolt open switchgears, 8 power blocks, Dispatcher Management Center, main and auxiliary areas, buildings and facilities of the “Azerbaijan” Thermal Power Station have been launched after major overhaul.

President of the Republic of Azerbaijan Ilham Aliyev attended the event.

The head of state was informed of the conditions created at the station.

President of the Republic of Azerbaijan, Commander-in-Chief of the Armed Forces Ilham Aliyev attended the opening of "N" military unit of the Defense Ministry within his visit to Mingachevir city, AzVision.az reports.

The head of state familiarized himself with the conditions created in the military unit.

President Aliyev made a speech at the meeting. 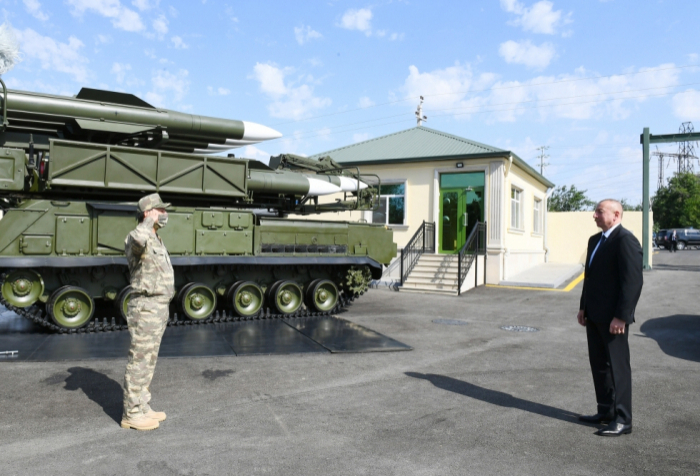 President of the Republic of Azerbaijan Ilham Aliyev has today arrived in the city of Mingachevir for a visit.

The head of state laid flowers at a statue of national leader Heydar Aliyev in the center of the city of Mingachevir.