Could social distancing of less than two metres work? 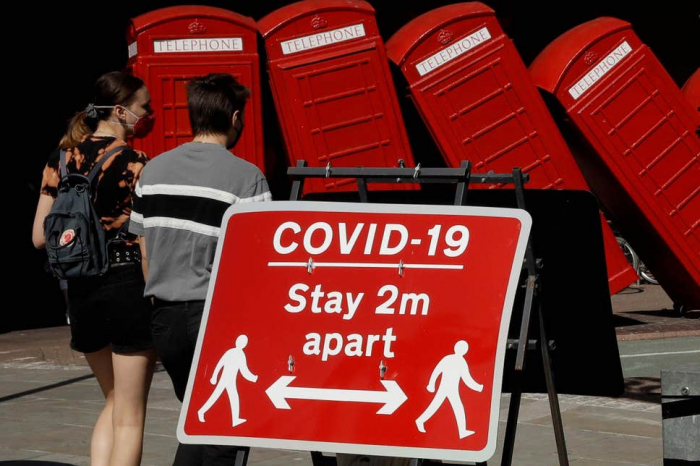 The simple answer is that the nearer you are to someone who is infected, the greater the risk of catching the virus.

The World Health Organization recommends keeping a distance of at least 1m.

Some countries have adopted this guidance, often because they also insist on people wearing masks.

But there are also regional variations inside countries.

What can be done to mitigate risk at 1m?

Scientists advising the British government say every workplace or building should carry out its own assessment because the risks at each location will vary.

And they highlight several strategies for people who are within 2m of each other.

The most obvious is to minimise the length of time spent together.

Plastic screens can block the movement of infected droplets, as can face coverings.

In a growing number of countries, including all parts of the UK, people are being encouraged to wear face coverings on public transport and "enclosed spaces where social distancing is not always possible".

Other changes in the workplace include moving to shift patterns to reduce the numbers in an office or factory at any one time.

Seating can be arranged to minimise how many people are face to face - which is judged to carry more risk than being side by side.

Making sure that legal requirements on ventilation are met with the correct supply of fresh air to dilute and disperse any virus - and frequent cleaning of surfaces including tables, desks, chairs and handles also becomes more important the busier a place gets.

In a study published in medical journal The Lancet, scientists looked at research into how coronavirus spreads.

They concluded that keeping at least 1m from other people could be the best way to limit the chances of infection.

The risk of being infected is estimated to be 13% within 1m, but only 3% beyond that distance.

And the study says that for every extra metre of distance up to 3m, the risk is further reduced by half. 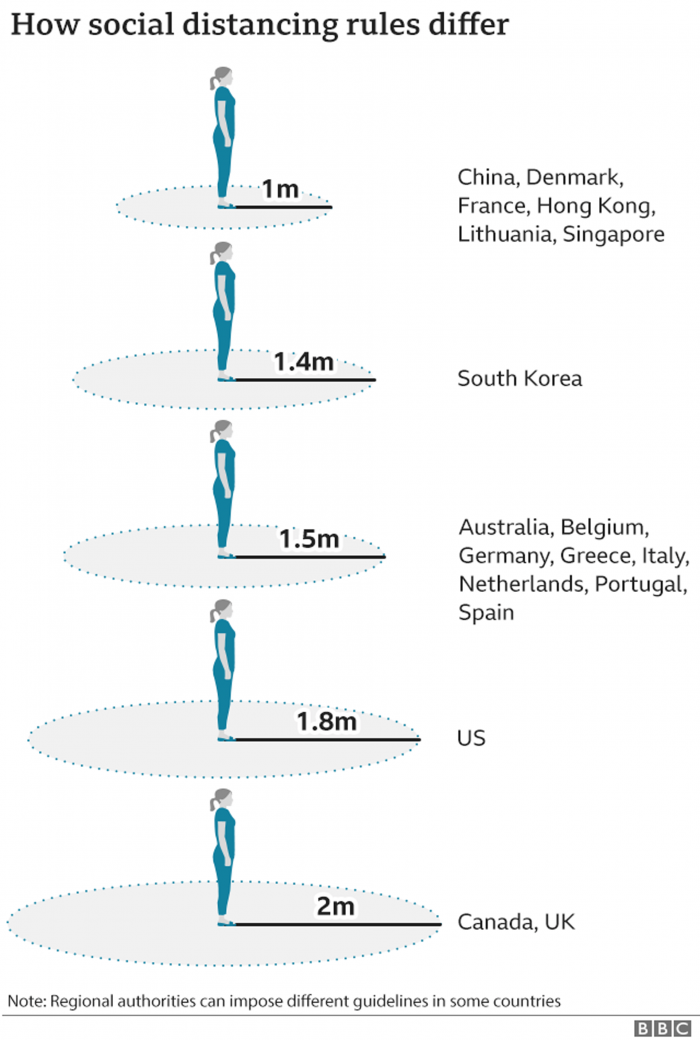 Where does the distancing rule come from?

It can be traced back to research in the 1930s.

Scientists found that droplets of liquid released by coughs or sneezes evaporate quickly in the air or fall to the ground.

Most of those droplets, they reckoned, would land within 1-2m.

That is why it is said the greatest risks come from having the virus coughed at you from close range, or from touching a surface that someone coughed onto, and then touching your face.

Can the virus travel further in other ways?

Proximity and surface contact are considered the main transmission routes.

But some researchers fear coronavirus can also be transported through the air in tiny particles called aerosols.

If true, then the flow of wind from someone's breath could carry the virus over longer distances.