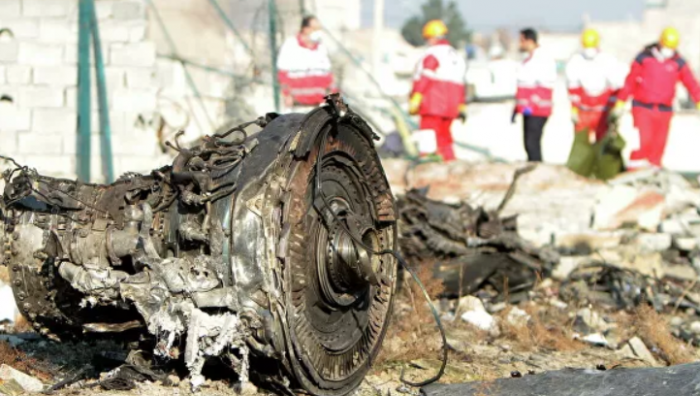 On June 20, Iran will deliver to France the black boxes of Ukraine International Airlines flight PS752, that was shot down by mistake shortly after takeoff from Tehran, the International Civil Aviation Organization (ICAO) said in a Twitter post, AzVision.az reports citing TASS.

"Iran has advised today’s ICAO Council Session that PS752 black boxes are to be read-out in France on 20 July, employing COVID19 protocols while assuring the participation of representatives from all countries involved," the international agency said. "ICAO advisors will continue supporting all parties."

On January 8, the Ukraine International Airlines Boeing 737 plane crashed shortly after takeoff near Tehran Imam Khomeini International Airport. According to Ukrainian Foreign Minister Vadim Pristayko, 176 people on board died. Among them were citizens of Afghanistan, Germany, Iran, Canada, Ukraine, the United Kingdom and Sweden.

On January 11, Iran’s Armed Forces General Staff released a statement admitting the plane had been mistakenly shot down. According to Iranian Brigadier-General Amir-Ali Hajizadeh, the plane was misidentified as a cruise missile by the air defense force.