Expand the talent pipeline: Focus on skills , not degrees 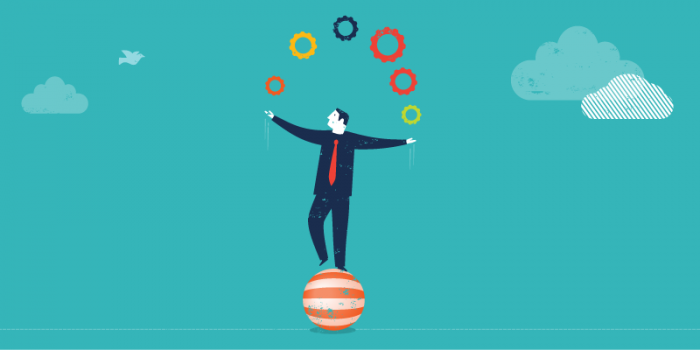 Why do we do things that we know are problematic and are leading us towards an unsustainable outcome, especially when there’s a better solution that we all know exists?

Unfortunately, a prevailing practice in the marketplace is to hire people based on pedigree, rather than skills. Our youth has been been told so many times that college is a panacea for career progression and flourishing.

Moreover, the pandemic has made clear that the business-as-usual trajectory in higher education is unsustainable. Boom years diverted our attention from the costs of growing tuition rates and student debt, but the writing is now on the wall as enrollments decline and more students look towards online education.

The White House issued an executive order on June 26 that directs the Federal government to investigate and revise its hiring to prioritize skills, rather than degrees, among prospective candidates. While the mismatch between the demand and supply for talent has long been a problem, these concerns have intensified as unemployment surged at the onset of the pandemic.

The Office of Personnel and Management (OPM), under the leadership of Acting Director Michael Rigas, is charged as a lead operator of the executive order. While traditional degrees can still be used to signal competency, Rigas has emphasized that they will not be used as a necessary factor in the hiring process—skill and the ability to successfully complete the job at hand is ultimately what matters.

The executive order is a first fruit of a broader (and bipartisan) objective within the White House, largely driven through the National Council for the American Worker, to promote alternative pathways for human capital accumulation over the course of a career. Although the Federal government only employs 3 percent of the workforce, according to 2018 data from the Bureau of Labor Statistics, the entire government, including state and local, employ 16 percent. This means that the move towards hiring based on skills has the potential to generate a chain reaction that affects the broader marketplace at large.

According to CyberSeek, an interactive platform developed by Burning Glass Technologies in collaboration with the Computing Technology Industry Association (CompTIA) and the National Initiative for Cybersecurity Education (NICE), the national ratio of the supply to demand for cybersecurity jobs is 2.

That means that half the nation’s existing cybersecurity workforce would need to change jobs every year just to meet new job postings. Given that most people stay in jobs for more than a year, this statistic underscores the severity of the cybersecurity skills gap. In fact, some estimates suggest that we may need as many as 4 million additional cybersecurity professionals, although more conservative estimates from CyberSeek suggest it is closer to 475,000.

Unfortunately, the current educational landscape is not designed to prepare students for these careers. Cybersecurity education is not yet ubiquitous in community colleges and four-year colleges, let alone even in K-12 classrooms.

This is matters for not only our labor market, but also for national security. In a recent fireside chat, Lt. General Karen Gibson, recently retired Deputy Director of the Office of the Director of National Intelligence, remarked that “improving cyber education is as essential to our national security as developing advanced weaponry.”

To make a serious headway, we have to rethink the way we’ve been approaching education. The National Cyber Education Program (NCEP), in partnership with Discovery Education and with support from the Office of the Vice President, is taking a step to diversify the talent pool for cybersecurity jobs by exposing kids early on to the wide array of possibilities and capabilities within the broader cyber landscape. We need people from every area, ranging from computer science to psychology to design. Cybersecurity is not just about computer science.

Moreover, the Cyber Solarium Commission made similar recommendations, arguing that “future careers will require both a basic and ongoing education in cyber,” and that “the government must more effectively take advantage of those unconventional pathways, especially when they do not include typical college education or prior government experience.”

The labor market is not an all-knowing entity. It is a constellation of people. And, we all have behavioral inconsistencies that sometimes lead us to sub-optimal outcomes even when we know better. It’s not surprise, therefore, that hiring leads us to default to pedigree (what we know) over skills more often than we’d like to admit.

The recent executive order that prioritizes hiring based on skills is a catalyst that will help us move in the right direction. In particular, it’s exactly what we need to jump start a trend in the marketplace. Given the massive shortage we face over cybersecurity professionals, coupled with its national security implications, we should start by expanding pathways for cyber talent in government. This will ultimately empower the American worker and lead to economic revival.