On the last day of June, Hagit Ofran was where she has often been in her 25 years as an Israeli peace activist, protesting on a Jerusalem street. There were only hours to go before the Israeli government might — or might not — announce a plan to formally annex nearly a third of the occupied West Bank, a potentially momentous inflection point in the conflict that Ofran has devoted more than half of her life to resolving.

It was nearly July 1, and she had no idea what to expect.

“We don’t even know how they would do it — by cabinet resolution, by Knesset legislation — nothing is clear,” said Ofran, a longtime staffer of the venerable activist group Peace Now, as she stood outside a Jerusalem courthouse protesting a case of land confiscation against a Palestinian family, the kind of case she predicts would become more common if Israel extended its sovereignty in the West Bank. “There is no plan, so there is nothing to fight.”

Late in the day, after meeting with U.S. officials, Prime Minister Benjamin Netanyahu said in a statement that they had discussed “the question of sovereignty, which we are currently working on and will continue to work on in the coming days.” He did not elaborate.

As the annexation battle has built to a fever pitch in Israel — among activists and politicians, if not the general public — July 1 loomed as a possible decision day. Opposing camps squared off for weeks, trying to either force or stay Netanyahu’s hand. But on the eve of the big day, with the prime minister’s decision unknown (or unmade), activists on both sides remained baffled as to whether the next few days would mark a deadline or a starting line; a history-bending declaration or a silent moment of indecision. 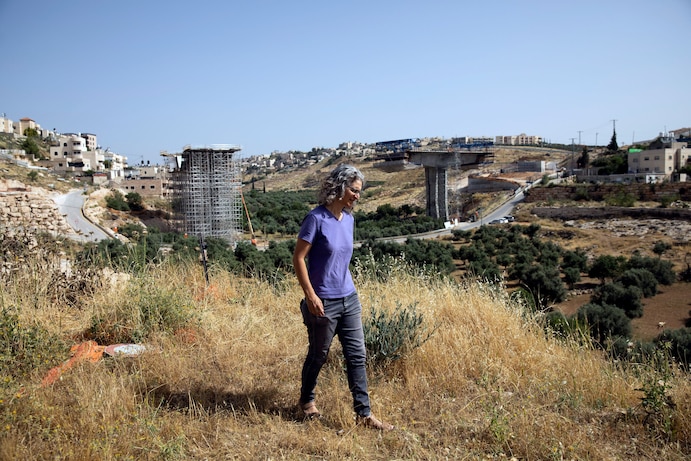 “What disturbs us more than anything is that no one has even seen the map,” said Naomi Kahn, spokeswoman for the settlers’ advocacy group Regavim, referring to the detailed schematic of exactly which areas would be included. “We don’t know if the input we’ve passed along has been received or is being considered, anything.”

The start of July was stipulated by Israel’s six-week-old coalition government as the earliest it would consider extending Israeli sovereignty over Jewish communities in the West Bank, an issue that Netanyahu placed near the center of three recent election campaigns. The Trump administration’s peace plan released in January included a provision allowing Israel to annex settlements and connecting lands equaling about 30 percent of the territory.

Amid pushback from Palestinians, activists and much of the European Union, the prime minister in recent days has been rumored to be considering less-ambitious options as a face-saving way to defuse the controversy, including annexing only a few long-established settlement blocs close to Jerusalem. In response, Kahn’s group launched an emotional ad campaign pushing Netanyahu to be “a Churchill not a Chamberlain” and move now to annex all of the Jewish settlements and the sparsely populated Jordan Valley.

On bus sides and billboards and news releases, Regavim warns Netanyahu that anything less would be to lay the foundations for a Palestinian state in Israel’s heartland: “Your name will go down in ignominy, and your legacy will be one of appeasement and shame.”

Opponents like to think the uncertainty is at least partly the result of aggressive international condemnation of the plan. European diplomats have warned of damaged relations, and Arab governments have said the move could end the warming trend in their ties with Israel.

In May, the Palestinian Authority suspended its cooperation with Israeli security and civil agencies to protest the possibility of annexation, saying Netanyahu’s government would now be responsible for the well-being of millions of Palestinians in the West Bank and Gaza, and answerable for any violence that flared in reaction.

But the parties know the uncertainty probably has as much to do with Netanyahu’s twin propensities for holding his cards close and dithering over difficult decisions. And this decision, political analysts say, has grown infinitely more difficult since Netanyahu was ready to enact the plan immediately after the Trump plan was released. 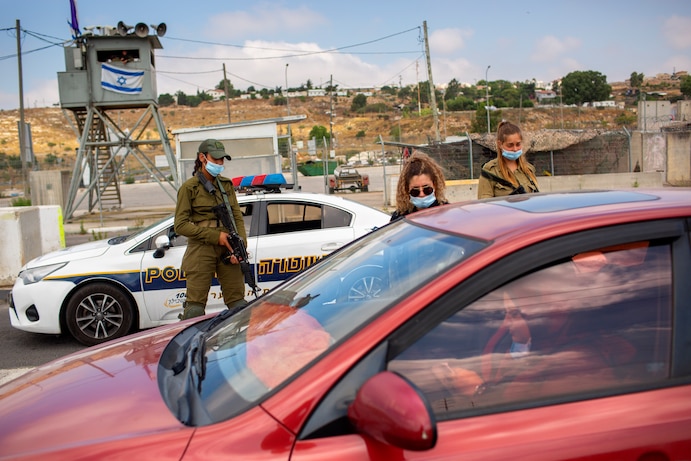 The still-expanding coronavirus pandemic, the ensuing economic crisis and his ongoing corruption trial have coalesced into a fraught moment for Israel’s longest-serving prime minister. And with presumptive Democratic presidential nominee Joe Biden building a substantial lead in U.S. polls, Netanyahu has to weigh satisfying much of his right-wing base with antagonizing the potential next president.

“It’s crazy. The circumstances now are as complex as a novelist could make them be,” said Amotz Asa-El, a fellow at the Shalom Hartman Institute who characterizes the cliffhanger uncertainty as vintage Netanyahu. “It’s been a pattern throughout Bibi’s protracted political career to keep things to the very last,” he said, referring to Netanyahu by his nickname.

His own prediction is that Netanyahu will announce some form of annexation-light, allowing him and President Trump — who both have seen booming economies collapse — to focus on other fronts. “I think he’s stuck with the aftermath of an initiative that was begun in another era,” Asa-El said.

The last days of June have been filled with high-level diplomatic contacts, including dueling meetings between American officials with Netanyahu and his rival Benny Gantz, now a co-prime minister. Gantz, who disappointed left-wing supporters when he agreed to share power with Netanyahu, is credited by some with slowing the race to annexation.

Sniping between the two leaders broke into the open this week when Gantz said that addressing the coronavirus should take priority over other initiatives. Netanyahu, who is believed to have the votes to enact annexation without the support of the Gantz’s faction, responded that it was not his partner’s decision to make.

For the peace activists on Israel’s left, the high-level jockeying underscores the human stakes involved. Buried within the uncertainty is the possible end of the negotiated, two-state solution to which many have devoted their careers.

“This conflict has known many junctions, and this is one of the crucial ones,” said Lior Amihai, executive director of the Israeli human rights group Yesh Din, who pledged his group would continue its work whatever Wednesday brought. “For those who thought there was a peace process leading to peace between the two sides, this exposes that, no, their intention is to control the Palestinians forever,” he said.