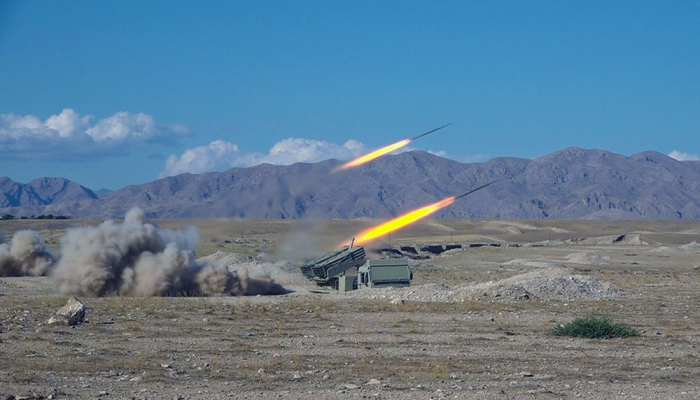 According to the plan, multiple launch rocket systems (MLRS) have on alert been withdrawn from places of permanent deployment into the concentration areas.

In the course of the exercise, on which the actions of an imaginary enemy were tracked via ground reconnaissance means and unmanned aerial vehicles, firing from MLRS at several targets was carried out within the batteries and divisions.

According to the exercise scenario, units redeploying to reserve positions have destroyed the newly discovered targets.

During the exercises held to repel the enemy’s sudden attack and to restore defense at advantageous frontiers, the tasks were successfully completed.