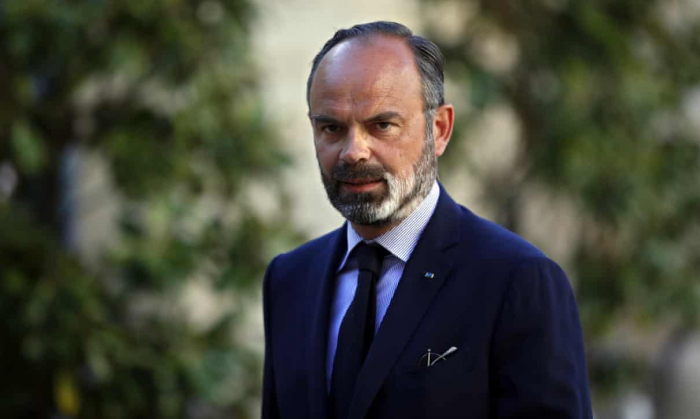 Édouard Philippe, the prime minister of France, has tendered his government’s resignation after seeing the country through the coronavirus pandemic.

The Élysée Palace announced Philippe, an increasingly popular figure during the crisis, had submitted the government’s resignation but would remain as head of an interim government until the president, Emmanuel Macron, carried out a reshuffle and named his successor.

In French government reshuffles, the prime minister tenders their resignation before new cabinet appointments, but can still be reappointed to the position.

The Élysée statement said: “Mr Édouard Philippe has today handed his resignation from the government to the president of the republic who has accepted it. He will remain, with other members of the government, to deal with current matters until the nomination of a new government.”

During the Covid-19 crisis, it fell to Philippe to deliver details, while Macron painted the bigger picture. During news conferences, Philippe appeared calm, reassuring and serious as he outlined lockdown rules and other unpopular regulations deemed necessary during the health emergency.

His popularity has grown as Macron’s has slipped, with the latest polls suggesting Philippe had the confidence of up to half of French voters, with the president trailing at between 33% and 39%.

Philippe, 49, was appointed in 2017 after Macron’s presidential election victory. At the time he was a member of the centre-right Les Républicains (LR) party. He left LR but never joined the governing centrist La République En Marche.

The announcement came days after Philippe was re-elected mayor of Le Havre with a large majority. There have been persistent reports since the end of France’s strict two-month lockdown in May that Macron would reshuffle his government in an attempt to reboot his presidency, and speculation that Philippe may be replaced as prime minister.

Before the local elections last Sunday, in which ecologist candidates made strong inroads, Jérôme Fourquet of the pollsters Ifop suggested Macron would be unwise to dump his popular PM as this would set Philippe up as a future presidential rival.

In 2017, Macron won by fracturing France’s traditional right and left parties, leaving both severely damaged, a situation from which LR and the Socialist party have not recovered. With Marine Le Pen of the far-right Rassemblement National (RN) widely tipped to be in the second round of the 2022 presidential election, Macron would need to pick up support from rightwing voters, Fourquet said.

He said: “The public has treated Macron far more severely than Philippe during the coronavirus crisis. There is a difference in approach and style and Philippe has come across as pragmatic, serious and given them confidence. The French appreciate him talking to them like adults, explaining the situation and telling them what he will do.

“Macron has taken another, more majestic approach and tried to play de Gaulle with his talk of ‘war’ against the virus, but it hasn’t worked. It has just made him seem disconnected and remote. This is what we are seeing in the polls.

“The difficulty for Macron is that Philippe is not only popular but will be difficult to replace and he is a potential rival. The left has collapsed and it’s hard to see who will be its presidential candidate. The real threat [to Macron] comes from the political right and that’s where Philippe is the main threat. In this scenario, Philippe is necessary because he appeals to rightwing voters.”