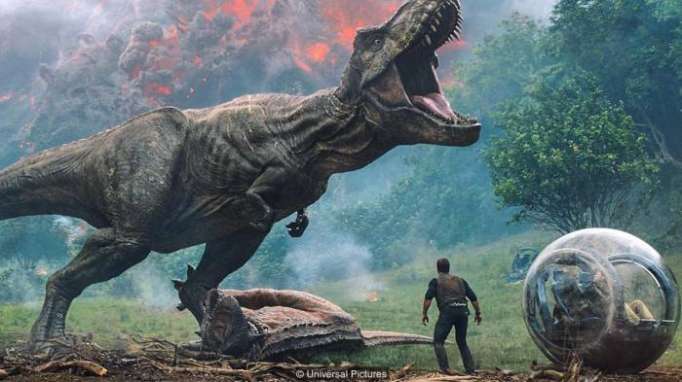 Movies that portray the end of the world or post-apocalyptic scenarios have helped viewers deal with the coronavirus pandemic, a study claims.

Psychologists have found that people who have been watching movies depicting social chaos and the collapse of global order are better prepared for the virus.

Fans of 'prepper' genres, including alien-invasion, apocalyptic, and zombie films, exhibited higher levels of resilience and preparedness in experiments.

Those people who had been watching horror films in the last few months also showed greater psychological resilience to the viral pandemic.

The researchers say exposure to frightening fiction allows audiences to practice coping strategies that can be beneficial in real-world situations.

'Our ability to imaginatively inhabit virtual worlds – worlds of our own making, as well as those conveyed by movies and books – is a gift from natural selection,' study author Mathias Clasen, a psychologist at Aarhus University in Denmark, told the Guardian.

Exploring dangerous situations in imagined worlds is also a far safer alternative to exploring these situations in the real world, and biologically they help prep our emergency and 'fight or flight' responses.

In their study, the psychologists questioned 310 people on whether they considered themselves fans of movies and TV shows of 10 genres.