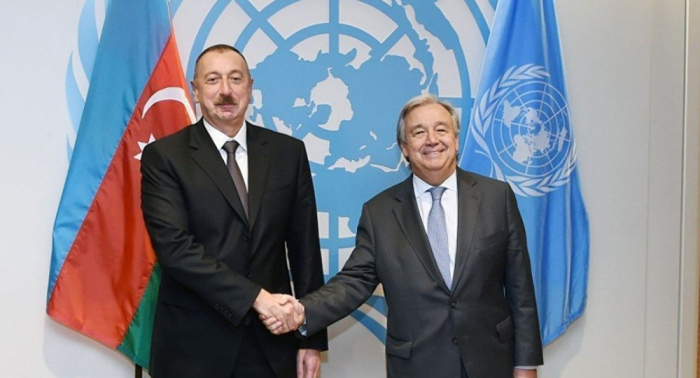 Expressing his support for the initiative of the UN General Assembly to hold a special session in response to COVID-19, the Secretary-General said that the UN is ready to work with the Azerbaijani side to resolve technical and logistical issues.

During the phone conversation, President Ilham Aliyev and Secretary-General Antonio Guterres expressed their confidence that the special session to be held would be a significant step in the fight against the COVID-19 pandemic.