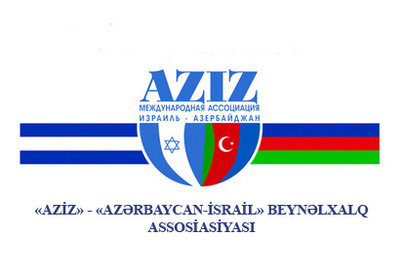 The Israel-Azerbaijan International Association AzIz sharply condemns the military actions provoked by the Armenian side on the front line in the direction of Azerbaijan’s Tovuz district, Lev Spivak, director general of the AzIz association told Trend.

Spivak was commenting on the Armenian armed forces’ attack in the direction of Tovuz district.

“Our organization, on behalf of thousands of Azerbaijani immigrants living in Israel, addressed to the world community, the media outlets, the UN Security Council, the UN General Assembly, the OSCE Minsk Group, the Council of Europe and the European Parliament with an appeal to stop the Armenian armed forces’ aggression against the Azerbaijani civilians, stop provocations against the Azerbaijani armed forces not to jeopardize the lives of people,” the director general said.

"We also call on these organizations and the world community to condemn the occupation of Nagorno-Karabakh region and seven adjacent districts of Azerbaijan by Armenia and to demand the immediate fulfillment of the UN resolutions on the liberation of all occupied territories for the civilians who become refugees to be able to return to their ancestral lands,” Spivak added.

“Personally, on my own behalf and on behalf of the Israelis, I express my sincere condolences to the families of the killed servicemen and to the entire Azerbaijani people in connection with this loss,” the director general said.

“The conflict between Armenia and Azerbaijan has been lasting for many years and unfortunately, we do not see the end yet,” Spivak said. “Despite the ceasefire regime established in 1994, Armenia is still taking the provocative actions throughout the border zone. In this case, Armenia made a big provocation and Azerbaijan resolutely rebuffed by demonstrating high morale and military training.”

“Unfortunately, in such cases, when a country shows its military strength and the ability to stand up for itself, young servicemen die, it is very painful and unacceptable,” the director general added. “Why does Armenia make such provocations? I think this question should be addressed to the OSCE Minsk Group, which is actually inactive and shows indifference, as a result of which the Armenians use the situation for making provocations. Obviously, the OSCE Minsk Group forgot about its function and turned into an amorphous structure."

“The inaction of the OSCE Minsk Group in the settlement of the Armenia-Azerbaijan Nagorno-Karabakh conflict leads to Armenia’s further provocations,” Spivak said.