Waging another War against Azerbaijan is not a panacea - OPINION 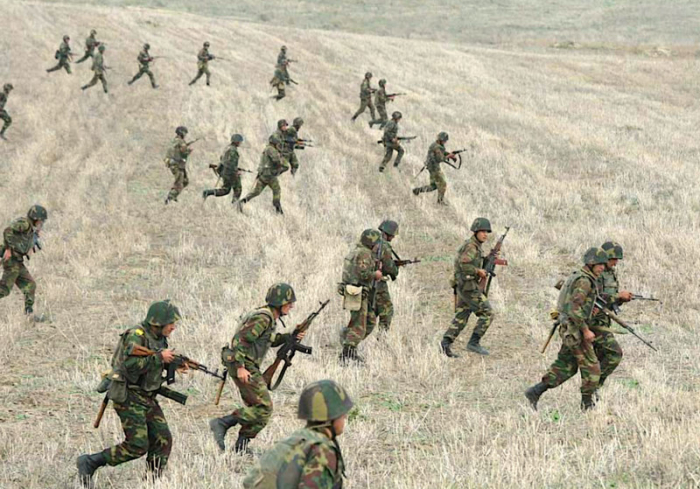 Cease-fires are never meant to last forever and perpetuate the results of armed aggression and ethnic cleansing. Ceasefires are meant to achieve a temporary lull in military hostilities between warring parties with expectations that it should serve as a launchpad for the achievement of a lasting political solution to conflicts while easing the hardships of people hit by conflicts.

This also holds true in regard to Armenia-Azerbaijan conflict, well into its third decade, unresolved so far, trapped in the notoriously ineffective negotiation process since 1997 and equally notorious and tenuous cease-fire in place since 1994. Before continuing with the most recent bloody developments in Armenia-Azerbaijan conflict, which is the purpose of this article, let me utter a word with regard to the ceasefires in the COVID-19 context.

In some conflict-torn parts of the world ceasefires are often seen as an absolute necessity for humanitarian purposes and alleviating the sufferings of ordinary population. The call for global ceasefires amid COVID-19 voiced by the United Nations Secretary General António Guterres recently, which was supported by the recent United Nations Security Council resolution 2532 on 1 July, also mostly carried this purpose, to unify global efforts to curb COVID-19 in the most vulnerable parts of the world. The resolution specifically called upon “..all parties to armed conflicts to engage immediately in a durable humanitarian pause for at least 90 consecutive days, to enable the safe, unhindered and sustained delivery of humanitarian assistance, and provision of related services by impartial humanitarian actors…”.

If only these words were buttressed up by the deeds. Amid the raging waves of pandemics in the South Caucasus, in Armenia specifically, which is the hardest hit state among the three, the latter chose to divert international and domestic attention as well as criticism from its mishandling of the COVID-19 crisis.

On 12-14 July, 2020 Armenia again violated the ceasefire, this time not along the line of contact between Armed Forces of the Republic of Armenia and the Republic of Azerbaijan, but on Armenia-Azerbaijan border in the direction of Tovuz district of Azerbaijan, having initiated military onslaught using artillery, tanks, grenade launchers and all sorts of military equipment. The attack that started at night and intermittently continued through the morning hours was finally staved off by Azerbaijani Armed Forces, which as of this writing has lost its seven servicemen, including the two high ranking officials – one major-general and one colonel.

The death of at least one civilian is also reported. Exact number of the losses on Armenian side has not been revealed, however, social network users were registered reporting possible death of about 30 Armenian soldiers or maybe more on 13 July 2020. On 14 July, Azerbaijani side reported about killing more than 100 personnel, and destroying military equipment of Armenia. International actors, including the European Union, OSCE Minsk Group, United Nations, United States, and the Russian Federation called for an immediate cessation of hostilities.

This unwanted escalation of hostilities along the border of Armenia and Azerbaijan, although expected, still does nothing but leaves one flabbergasted. The whole world, including Armenia and Azerbaijan is fighting COVID-19 in an effort to save as many of their citizens as possible alongside their economy.

As I also noted above, Armenia previously supported the calls by the United Nations Secretary General for temporary lull in military activities globally. How does this support for no-military action then correlates with Armenia’s another blatant violation of the ceasefire? The ceasefire that is not meant to perpetuate the fact of occupation of the Azerbaijani territories, but to bring the parties, especially Armenia to the negotiation table to pursue meaningful – yes, meaningful! – negotiations. The ceasefire that unfortunately so far been manipulated infinite times by Armenia to get away with its occupationist and expansionist policy and its endless attempts to create a veneer of engagement in negotiations that have long hit a major snag due to its own unconstructive position.

Many analysts concur that Armenia’s genuine purpose in conducting such a flagrant violation of the ceasefire, especially on the front was an attempt to invoke Article 4 of the Collective Security Treaty Organization (CSTO) of which Armenia is the only member in the South Caucasus, against Azerbaijan. Such an attempt is also synchronized with the last-ditch efforts of current Armenian leadership to divert the attention from its own failures both domestically and internationally.

Domestically, the COVID-19 situation in Armenia is very disheartening with largest per capita rate of daily infections and death in the region. Its economy is crumbling and foreign allowances are becoming scarce. The domestic base of Pashinyan regime is also shattering with opposition forces ramping up their resistance against the backdrop of what they perceive as a failed delivery on the promise of “flourishing Armenia” that Pashinyan was ardently touting during his election campaign.

Internationally, recently there has been quite a portion of disillusionment for Armenia too. Azerbaijan’s increased activism on international front and continuous success of its foreign policy, especially during the recent years that have elevated it from a mere small state in the South Caucasus to qualifying as a middle power on a global scale, does not obviously go unnoticed in Armenia. This bothers Armenia. Otherwise, no common sense can explain the fact that Armenia became the only state in the entire world that spoke against the summoning of the Special Session of the United Nations General Assembly related to COVID-19 at the initiative of the President of the Republic of Azerbaijan, Mr. Ilham Aliyev. This very initiative was supported by more than 130 members of the United Nations, including the states of the Non-Aligned Movement, and the Special Session is convened on July 10 with modalities currently being negotiated.

In a surprisingly predictable manner Armenia sent and official letter of rejection of Azerbaijan’s initiative. This is when we all are struggling with the unprecedented health crisis of our times. This is when Armenia is one of the hardest COVID-19-hit states. This is when we all need unity, cooperation and support to the most vulnerable. This is why the United Nations Secretary General called for 90 day ceasefires against the backdrop of COVID-19. This is why United Nations Security Council after months of deliberations and disagreements finally adopted its first resolution on COVID-19. And this is why, Armenia’s actions and its belligerence, openly flouting the international norms and principles and continuous opting for unconstructive and petulant foreign policy, especially in these unprecedented times, does not make sense.

Attacking Azerbaijan as was just done on 12-14 July, 2020, and jeopardizing the lives of both Azerbaijani and Armenian servicemen as well as other potential innocent lives, especially in these difficult times, is not a panacea to Armenia’s lingering problems and failures. This might shift attention in a short while, but will not deliver the “expected” results in the long run. The sooner Armenia’s leadership realizes this, the more chances its might still have to deliver on its promise of “flourishing Armenia” and do a better job in saving its people from COVID-19 and the associated problems.

Dr Esmira Jafarova is a Board Member of the Center of Analysis of International Relations (AIR Center), Baku, Azerbaijan.

Read the original article on WGI.WORLD.COM.