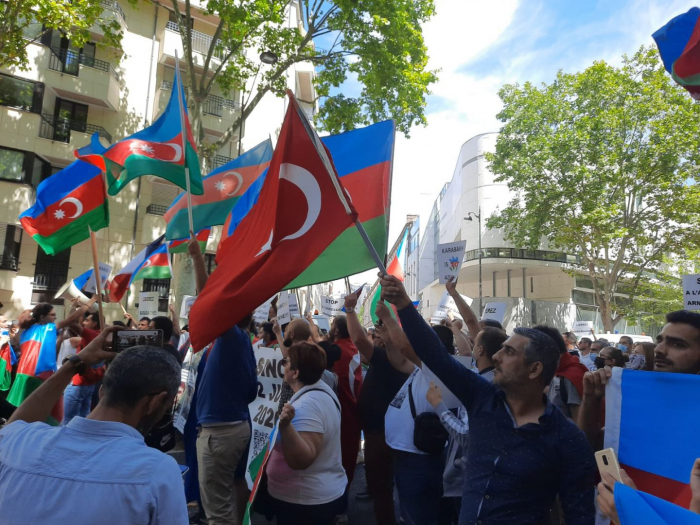 During the rally, Azerbaijanis with the Azerbaijani state flags in their hands chanted patriotic slogans.

The purpose of the rally was to draw the attention of the French public to the realities in connection with the Armenia-Azerbaijan Nagorno-Karabakh conflict, as well as to expose the Armenian lies.

Although Armenians attempted to prevent the rally, they failed. The rally ended without any incident.