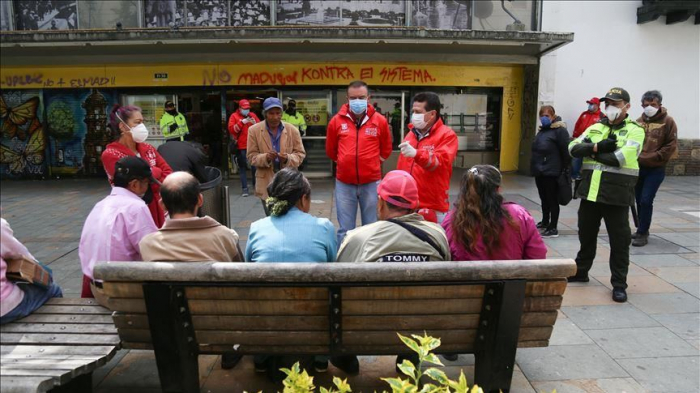 Brazil and Argentina registered daily records for confirmed coronavirus cases on Wednesday, pushing the total number of cases in Latin America past 4 million and underlining the difficulty the region faces in controlling the pandemic, AzVision.az reports citing Reuters.

Brazil registered 67,860 additional cases of the virus on Wednesday, along with 1,284 related deaths. That brought the total number of cases in Latin America's largest nation to 2,227,514, while deaths rose to 82,771.

Neighboring Argentina posted a daily record of 5,782 confirmed cases, the vast majority of them in and around the capital, Buenos Aires, taking the total number infected in the country to 141,900.

Peru, which has the second-highest number of cases in Latin America behind Brazil, added 3,688 previously uncounted people to its death toll on Wednesday, taking fatalities to nearly 17,500.

The Andean copper-producing country recorded 4,463 new cases for the day, taking its total to 366,550, double the number at the start of June.

The numbers point to the struggles nations across the region have had in containing the pandemic, despite widely varying strategies to combat the outbreak.

In Brazil, right-wing President Jair Bolsonaro has consistently played down the seriousness of the pandemic, leaving mayors and state governors to implement a patchwork of quarantine orders that have been progressively relaxed.

On July 7, the former army captain tested positive for the virus and has since said he is taking hydroxychloroquine, a drug he has consistently promoted despite little proof of its effectiveness.

He tested positive again on Wednesday, a development that could disrupt a planned trip through Brazil's northeast this week.

Argentina and Peru adopted strict lockdowns early on, but never managed to eliminate community transmission of the virus, and, as in Brazil, leaders have faced increasing pressure to open up the economy as hunger and unemployment bite.

As the Argentine government has eased lockdown measures in recent weeks, the country's caseload has increased sharply.

Mexico's Health Ministry reported on Wednesday 6,019 new confirmed coronavirus infections and 790 additional fatalities, bringing the total in the country to 362,274 cases and 41,190 deaths.

The Mexican government has said the real number of infected people is likely significantly higher than the confirmed cases.