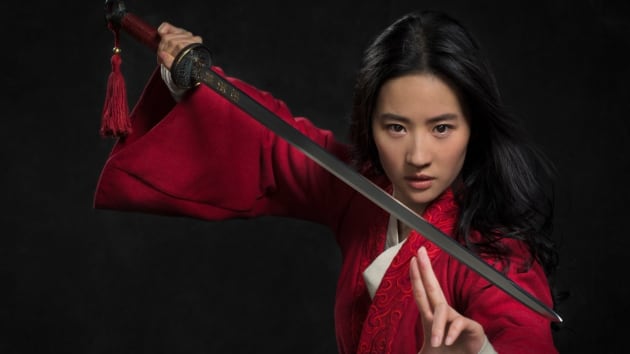 Disney is making some major changes to its release calendar that include delaying “Mulan” from its Aug. 21 release indefinitely and pushing back the debuts of future Star Wars and Avatar movies by a year, CNBC reported.

On Thursday, the company said that theater closures and production shutdowns during the global coronavirus pandemic caused it to make a number of adjustments to its slate.

“Over the last few months, it’s become clear that nothing can be set in stone when it comes to how we release films during this global health crisis, and today that means pausing our release plans for ‘Mulan’ as we assess how we can most effectively bring this film to audiences around the world,” a Walt Disney Studios spokesperson said in a statement Thursday.

Disney shares fell slightly in after-hours trading and were down nearly 1%.

“Mulan” is currently listed as unset, meaning its release is delayed indefinitely. This is the fourth time that the live-action film has been delayed since March.

With “Mulan” vacating its August release date, there are now no Hollywood blockbuster releases set for the month. “Tenet” moved out from its August debut on Monday and has yet to announce a new release date. AT&T CEO John Stankey has promised movie theater owners that Christopher Nolan’s spy thriller will have a theatrical release.

“New Mutants” a 20th Century Fox feature in the X-Men franchise that has been delayed for the last three years, appears to still be on the calendar for Aug. 28, but depending on if movie theaters reopen next month, the film could be pushed again or be delegated to a video on-demand release.

A number of smaller, independent features are set for release in theaters. However, major theater chains like AMC may not be open to show them. Earlier Thursday, AMC announced that it has pushed back its reopening plans to mid-August after “Tenet” left the calendar. It is unclear how it will react to “Mulan” leaving as well.

AMC, like other major movie theater chains, has been closed since mid-March, awaiting a slowdown in coronavirus cases and new content from Hollywood. AMC, in particular, had been very vocal about how the pandemic could push it into bankruptcy.

Earlier this month, the exhibitor was able to reach a debt agreement that should help it remain solvent through 2021.

“Theaters will again be forced to reassess their target opening dates,” Shawn Robbins, chief analyst at Boxoffice.com, said. “Archival titles can only get the market so far while the summer weather is conducive to the current drive-in boom. Studios need theaters to be open, and theaters need studios to release new product. Anytime one side of that equation budges, the other has little choice but to follow suit in this current world of uncertainty.”