Zoom’s marketing chief on its rise through the pandemic 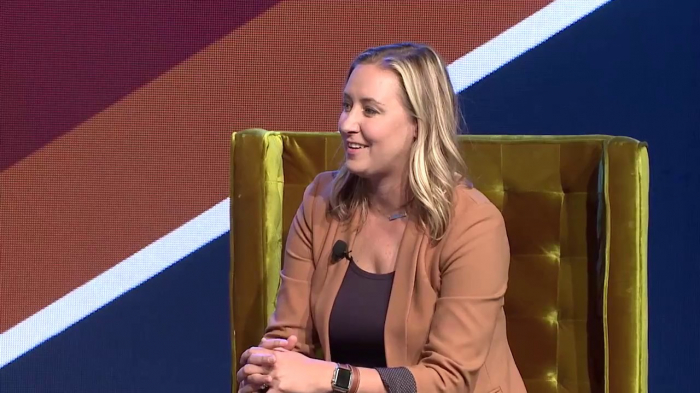 Like millions of people who are still working remotely during the coronavirus pandemic, Janine Pelosi is managing the tricky task of juggling home-schooling with work.

But for Pelosi, her job is now a “massive responsibility” since the outbreak began: She’s the chief marketing officer at Zoom, the now-ubiquitous video-calling platform that has seen a huge rise in user numbers since people switched to meeting virtually, taking fitness classes online and catching up with friends over quarantine cocktails.

“I don’t know what I would personally be doing without Zoom today. I have a daughter who has been doing her school and is set to start her new school year. We don’t know exactly what that’s going to look like, just like everyone else, but we know there’s going to be a component that will be over Zoom. And so, having that case study right down the hall definitely keeps myself and our team going,” she told CNBC via a video call.

Pelosi is speaking from her home close to the company’s headquarters in San Jose, California, and she scrolls through some of her favorite Zoom backgrounds including one of cartoon character Peppa Pig and another of poolside loungers.

The company does not disclose user numbers, but analysts from Bernstein estimated that its mobile app had 173 million monthly active users as of May 27, up from 14 million on March 4, per data from analytics firm Apptopia.

“It’s a massive responsibility that we have to be connecting as many people as we are in this difficult time globally,” Pelosi stated. “And so, for us, it’s just been about putting one foot in front of the other and … ensuring that as many people can use the product that we are creating.”
Other video platforms have also seen increased use during stay-at-home orders, though to a lesser extent than Zoom. User numbers for Microsoft Teams reached 75 million, it said on April 29, up from 44 million in mid-March, while Google has revamped Gmail to provide quick access to video calls via Meet. Cisco’s Webex — where Pelosi joined Zoom from in 2015 — also saw “record” use in some Asian countries, it said earlier this year. So how has Zoom managed to stay ahead?

“I don’t know exactly what the secret is, but what I do know is we have an authentic relationship with our customers and our users. Our product is easy to use. It is secure. And it works for so many different use cases. And I think when you don’t have those barriers in place, you know, you’re able to have a real frictionless experience,” Pelosi told CNBC.

Zoom had to make security a focus, announcing a 90-day plan in April after users reported “Zoombombings” and issues over data-sharing with Facebook. Now that period is over, Pelosi said security is still key. “When we think about security and the responsibility that we have as any large tech company, that is first and foremost a priority for us.”

Like other pieces of technology, Zoom has had to adapt to different groups of people using it in various ways. “We’re really focusing in on going deep on these different industries, like what is happening with education, financial services and the telehealth movement. And so that is where you can really expect to see us doubling down is, you know, ensuring the product works for the use case,” she stated. One of those newer uses of the platform are the virtual hospitality “suites” that Zoom will host for Formula 1, by recreating its VIP Paddock Club, in a deal announced last week.

Before stay-at-home orders were imposed, Zoom had an “in-office culture,” Pelosi said. “For us, this was quite the shift. But I think the team is doing a wonderful job of making the best of a difficult situation,” she said. The San Jose location expects to be working remotely at least through the end of the year, and like many executives, Pelosi isn’t sure how the future office might look. “I don’t know exactly what it’s going to look like, but I do know that the efficiencies I’ve been able to find working remote, as someone who did not work remote before, are immense.”

And, as for many, Zoom fatigue is something Pelosi has experienced, and she deals with it by having short, 30-minute meetings and by exercising. “One of the benefits of not commuting is you can have those early morning meetings and you can have meetings that go later in your day … but you might be able to get in an hour workout, or some time outside.”