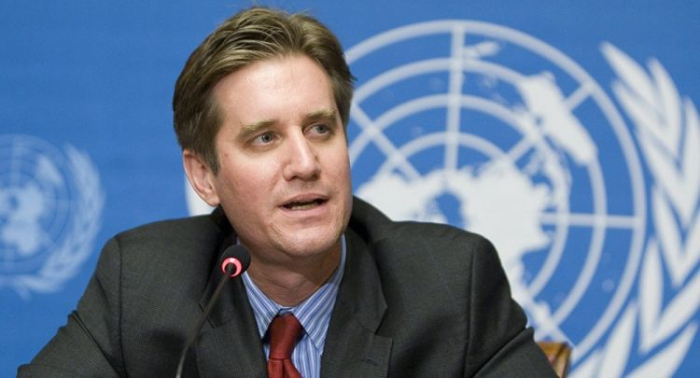 It is a disgrace that Armenians attacked Azerbaijanis in Los Angeles during the protest against the military provocation by the Armenian Armed Forces on the Armenian-Azerbaijani border on July 12, former US Ambassador to Azerbaijan Matthew Bryza told in his exclusive interview to AzVision.az.

"These actions are unacceptable which show a high level of hatred and prevent the settlement of the Nagorno-Karabakh conflict. The US government, particularly the State Department, where I worked for more than 20 years, is under a special duty to protect the protect diplomatic missions in the country”, former US Ambassador stated while commenting on the videos of the violent attack on Azerbaijani peaceful protesters on BBC, CNN and Al Jazeera.

“The people who attacked the building of the Azerbaijan Consulate General in Los Angeles committed a crime and they must be brought to justice”, said Matthew Bryza adding that Armenian PM Nikol Pashinyan has already decided to reject the Madrid Principles, which Armenia agreed on a long time ago.

“I remember that a year ago, President Ilham Aliyev and Prime Minister Nikol Pashinyan had a very good meeting  which was folllowed by the statement that the peoples of both countries need to be prepared for peace. A few months later, Pashinyan made statements claiming that Karabakh is a part of Armenia and it is independent. Yerevan violated the Madrid principles and Armenia's long-time policy. I don’t understand what changed but this decision was made by Pashinyan without continuing the negotiating process in the format of the OSCE Minsk Group.

Secondly, I think that Nikol Pashinyan wants to involve the Collective Security Treaty Organization (CSTO) in the conflict aiming to get military support from the former Soviet countries in negotiations with Azerbaijan. He believes that the military power will let him feel strong in negotiation process,” Bryza highlighted.

Matthew Brza also touched on the aggressive approach to Azerbaijan and Turkey at the Senate: “ I witnessed the aggression of the American citizens towards Azerbaijan and Turkey while submitting my candidacy as an Ambassador at the Senate. My candidacy was blocked by the two people who were supported by the American Armenian National Committee (ANCA)"

Bryza also talked about the potential threats of the Armenian terrorist organizations for the world such as ASALA mentioning the people wearing ASALA written T-shirts at the protests in Los Angeles: "In the US, our federal and local authorities are now more likely to vigorously fight against all forms of terrorism in comparsion with the past times.”