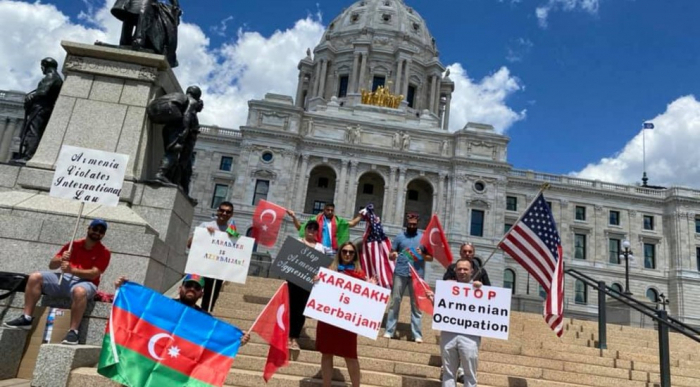 A rally was held in Minnesota State over the recent military provocation committed by the Armenian armed forces in Azerbaijan’s Tovuz direction of Armenian-Azerbaijani state border, AzVision.az reports citing the State Committee on Work with Diaspora of the Republic of Azerbaijan.

The rally, which took place in Saint Paul, capital of Minnesota was organized by the Azerbaijani Association of Minnesota.

Our Azerbaijani compatriots demanded the U.S Congress, the world community and the international organizations to take decisive steps for stopping Armenia's aggressive policy and restoration of the territorial integrity of Azerbaijan.