"Armenia is trying to strengthen the status quo" - Azerbaijan MFA 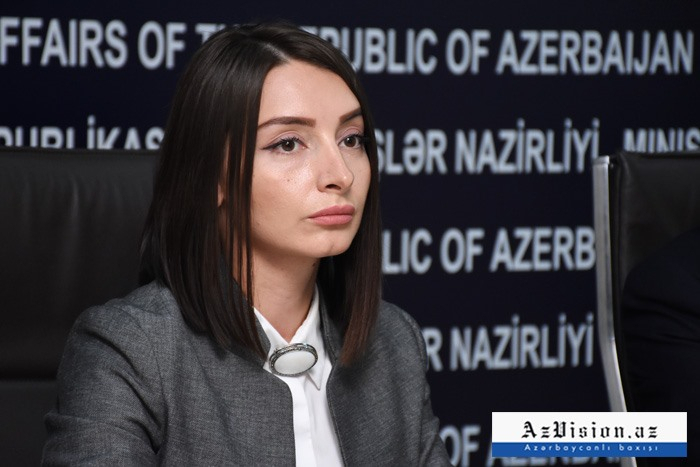 "Armenia, which is pursuing an aggressive and annexing policy, committing military provocations, targeting civilians, ignoring international humanitarian law, violating the ceasefire in various directions on a daily basis and being directly responsible for escalating tensions in the region, has no right to talk about observing the ceasefire or refraining from provocative actions", said the spokesperson for Azerbaijani Foreign Ministry Leyla Abdullayeva, AzVision.az reports.

She recalled that the military provocation committed by the Armenian Armed Forces in the direction of the Tovuz district of Azerbaijan on July 12, 2020 was the following pre-planned attack against Azerbaijan: "Political and military leadership of Armenia bears all responsibility for the attempt to use force".

The policy of the Armenian leadership aimed at deliberately violating the format and essence of the negotiation process and the contradictory statements once again clearly show that Armenia tries to strengthen the status quo based on occupation. However, we would like to state that the attempts of the aggressor Armenia to impose any conditions on the talks and change the format of the talks are unacceptable.

We reiterate that the current status quo in the occupied territories of Azerbaijan is unacceptable because it is a serious threat to regional peace and security. Armenian troops must be withdrawn from all occupied territories of Azerbaijan in accordance with the requirements of the relevant UN Security Council resolutions to change the status quo based on the occupation.