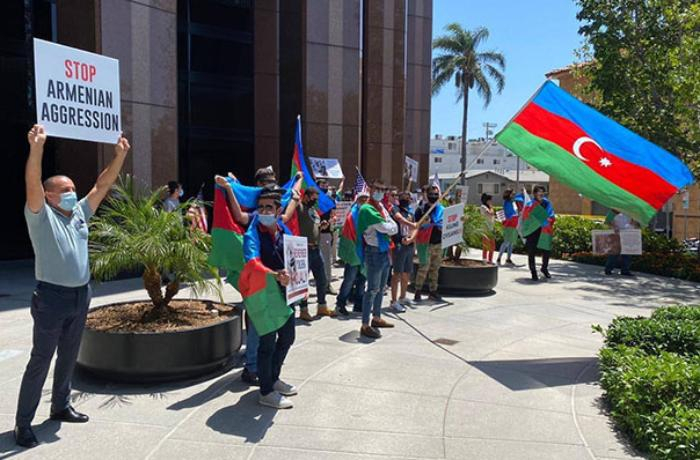 In his letter, Mayor Garcetti stated: “I was saddened to hear of the events that took place outside of the Consulate of Azerbaijan on Tuesday, July 21. While I am unable to comment on an active LAPD investigation, I strongly condemn the actions of those who resorted to violence.”

“Freedom of assembly and speech are the bedrock of American values, and Los Angeles is proud of our long tradition of peaceful protest and activism. Violence has no place in that tradition and is not tolerated in our city. The City will continue to work to ensure the safety of your community.” 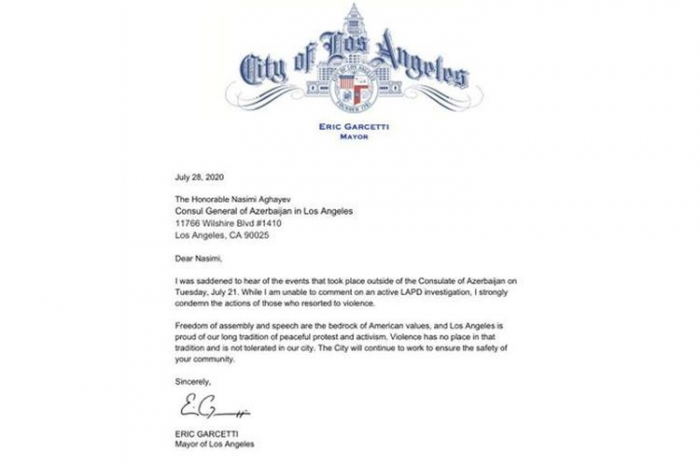