1 dead, 18 injured in blast in Fukushima 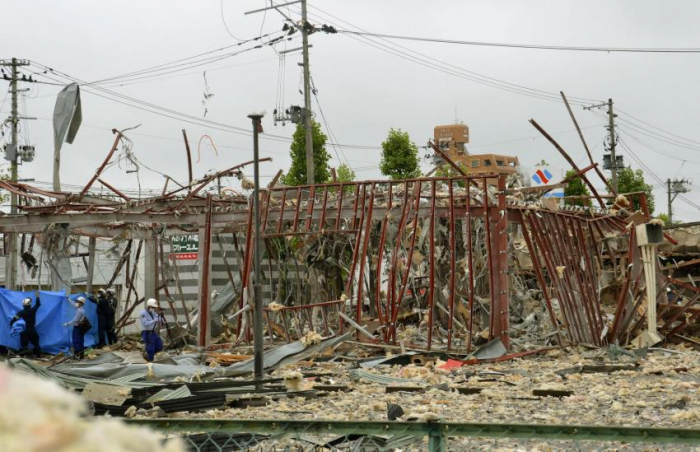 One person died and at least 18 others got injured in sudden explosion from a suspected gas leak at a restaurant in Koriyama City in Fukushima Prefecture, northeastern Japan on Thursday morning, fire department officials said.

There was no sign of a fire and investigators at the site believe a gas leak may have cause the blast, Koriyama fire department official Hiroki Ogawa said. Local media say a gas leak and explosion occurred at a shabu-shabu restaurant just before 9 a.m. The restaurant, which had been renovated, was due to reopen Friday, locals said.

So far, one person was confirmed dead and at least 18 others have been taken to hospitals. Two of them were seriously injured, Ogawa said.

The area has been closed off and neighbors have been evacuated.

NHK footage showed only the frame left of a building, the steel structure gnawed and pieces of wall and glass scattered around. Several employees and customers at a nearby bank were injured, NHK said.

The explosion occurred in a crowded business and commercial district close to the city's main train station, where hospitals, schools and the city hall are also located.

"I heard a 'boom!' and felt the ground shaking, so I thought it was an earthquake, but the shaking didn't last very long so I realized it wasn't," an employee at nearby Kuwano Kyoritsu Hospital told NHK. Nobody was injured at the hospital, although some of its windows were shattered.