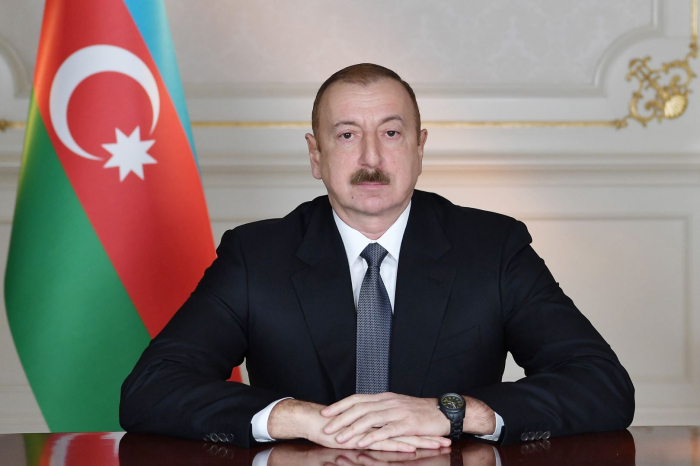 The head of state congratulated Nursultan Nazarbayev and Kazakhstan people on the occasion of Eid al-Adha and wished good health and well-being to the president and the people.

President Ilham Aliyev said Kazakhstan made great strides and followed an honorable historic path under Nursultan Nazarbayev, praising his great role in the development of the bilateral relations between the two countries based on the principles of friendship and brotherhood.

Nursultan Nazarbayev thanked for attention and congratulations, and extended his best wishes to the head of state and the people of Azerbaijan on the occasion of the holiday.

President Ilham Aliyev praised the statement supporting Azerbaijan released by the Cooperation Council of the Turkic Speaking States, of which Nursultan Nazarbayev is an honorary chair, in connection with Armenia`s provocation on the Azerbaijan-Armenia border. The head of state described this as another manifestation of the Turkic speaking states` mutual support for each other.

The head of state wished Nursultan Nazarbayev, the Turkic world elder, robust health and new success in his activities.