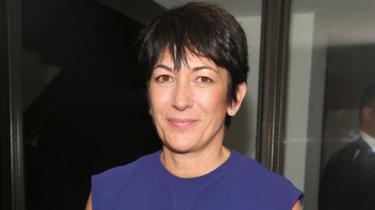 Emails between UK socialite Ghislaine Maxwell and the late US sex offender Jeffrey Epstein have been revealed in a trove of unsealed court documents.

Epstein tells Ms Maxwell she has done "nothing wrong" in the 2015 exchange, which appears to contradict her earlier claims of not having contacted him.

And in a deposition, accuser Virginia Giuffre says Ms Maxwell was as equally involved in sex trafficking as Epstein.

Ms Maxwell faces a trial in the case in July and has pleaded not guilty.

Who is Ghislaine Maxwell?

She remains in custody in New York, charged with trafficking minors for Epstein and perjury. She could face up to 35 years in prison if convicted.

Epstein died in prison on 10 August 2019 as he awaited his trial on sex trafficking charges. His death was determined to be suicide.

Which documents have been released?
Dozens of papers were ordered to be unsealed late on Thursday by a court in New York.

There is a near 350-page paper containing the testimony from 2016 of Virginia Giuffre, who has alleged that she was forced into sex with Epstein and his friends. The deposition comes from her now-settled civil defamation lawsuit against Ms Maxwell.