Why some people do not get bored? - iWONDER 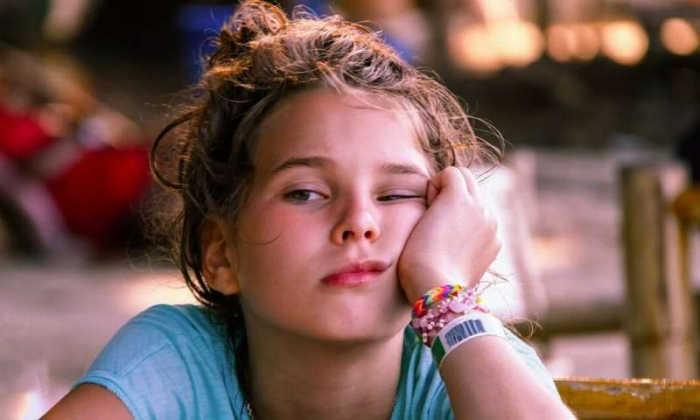 Some people are a lot more susceptible to boredom. And from “covert narcissism” to low self-control, the reasons why can teach us about the origins of this mysterious emotion.

The thumping of valves. The cacophonous rumbling. The powerful kick in the back as the rocket’s engines ignite. The alarmingly realistic possibility that these will be your last precious moments alive.

By all accounts, the journey into space is a thrilling ride. During the second launch of his career in 1982, the cosmonaut Valentin Lebedev sensed the rocket swaying to the right and the left, as if it were losing balance… then finally, he felt himself leave the ground. As the crew soared into space, they yelled “G-o-o-u” – it’s not entirely clear why.

But though Lebedev’s space adventure began with a hit of adrenaline, this soon wore off – and just a week into his seven-month mission aboard the space station Salyut 7, he was bored. In reality, hurtling through low-Earth orbit at around 8 km/s (17,900mph) in a small aluminium can was not enough to absorb him. As he wrote in his diary “the drab routine has begun”.

We tend to think of boredom as a fairly straightforward response to tedious activities. After all, it’s rare to find someone who claims to enjoy washing up or doing their taxes – and it’s deeply suspicious when you do. Except that boredom isn’t quite this clear-cut. Decades of research have revealed that it’s as mysterious as it is agonising, and there’s a surprising amount of variation in how much monotony each person can handle. (Learn more about some of the surprising benefits of boredom.)

“I think everybody gets the boredom signal,” says James Danckert, who heads a boredom lab at the University of Waterloo, Ontario. “Some people are really, really good at dealing with it though.”

In 2014, a team of social psychologists from the University of Virginia discovered during a series of experiments on mind wandering that many participants – around 25% of women and 67% of men – were deliberately electrocuting themselves when they were left alone in a room for just 15 minutes, purely for something to do. One person shocked themselves nearly 200 times.

And from the man who diligently recreated a Babylonian feast from a recipe on a 3,750-year-old clay tablet to the woman who resat her school exam paper from seven years ago out of mild curiosity, the recent lockdowns have revealed that peculiar and desperate strategies for dealing with boredom are very much not limited to a lab environment.

At the other end of the spectrum, some people actively seek out situations which might normally be considered tedious. The hermit Christopher Knight, who drove to a forest in Maine in 1986 and didn’t emerge for 27 years, claims he never get bored once – though by his own admission, for the majority of his time there he was occupied with doing absolutely nothing.

One of the earliest accounts of boredom dates back to Roman times, when the philosopher Seneca may have begun the long tradition of moaning about it. During a ponderous exchange of letters with a friend, he asked “Quo usque eadem” – “How much longer [must we endure] the same things?”, and followed up with “I do nothing new. I see nothing new. Eventually there’s a nausea even of this”.

Later, there was the medieval preoccupation with “acedia” – from the Greek word for indifference – which was thought of by Christians as a kind of sinful apathy or slothfulness.

Though the English word “boredom” was invented in the early 19th Century, it wasn’t in the public consciousness until the author Charles Dickens slipped it into one of his novels.

Fast-forward to today and boredom is apparently everywhere – it’s sometimes described as the plague of modern society. Back in 2016, a French worker sued his former employer for "bore-out" – burnout’s less well-known cousin – and won. Meanwhile Generation Z – those born between the mid-1990s and late 2010s – have already invented a new kind, “phone boredom”, which involves scrolling aimlessly through your apps and finding nothing that interests you. Now people are even diagnosing their pets with it.

Deciphering why some people experience chronic ennui, while others can live without constant entertainment, has been complicated by the fact that for a long time, psychologists couldn’t agree on what counts as boredom.

In the 1960s and 1970s, some researchers defined boredom simply as the feeling generated by a repetitive task. This led to the surprising idea that boredom can actually increase a person’s level of “arousal” – the ability to hold your attention and respond to the things happening around you. For example, in one study – which seemed to support this – army volunteers were asked to push a button when they saw flashes of light emanating from a box, and their resulting state of high vigilance and arousal was seen as arising from boredom.

Meanwhile, many other early experiments used a more familiar – and, in some ways, exactly opposite – definition. From 1986, the “boredom proneness scale” was often used to gauge participants’ boredom levels, by asking them to rate how much they agreed with statements such as “It is easy for me to concentrate on my activities”. In this case, saying they found it easy to concentrate would indicate they were not boredom prone.

Regardless of the type you experience, research has shown that tedium leaves a tell-tale signature in the brain. In one study, led by Danckert and the psychologist Colleen Merrifield, a group of unsuspecting volunteers had their brains scanned in a functional MRI machine while they were lulled into a state of intense boredom by a video of two men hanging their washing, and occasionally asking each other for clothes pegs.

Intriguingly, the researchers found a link between boredom and activity in the “default mode network” – a set of interconnected brain regions which are normally associated with mind wandering. “It’s typically active when there's no external tasks for you to do and nothing going on around you,” says Danckert.

What the boredom signal is really telling you, Danckert explains, is that you are failing to interact with the world – you have lost control of your surroundings and you aren’t being effective. Like other negative emotions, such as anger and sadness, it’s possible that boredom evolved to motivate us. “What we're really looking for is to be cognitively engaged. We want to be able to use our mental resources for something that we find meaningful.”

If this is the case, it might help to explain why some people can handle years alone, while others are prepared to electrocute themselves after just 15 minutes of solitude. Certain environments provide the opportunity to become bored, but only some people allow themselves to become so. Others recognise that familiar sense of restlessness and find a way to turn things around – they inject a sense of purpose or meaning.

Take the Canadian astronaut Chris Hadfield. In stark contrast to Lebedev, he apparently never had a dull moment on his 2012 sojourn to the International Space Station, despite the limited social company and repetitive chores.

Hadfield has said publicly more than once that “only boring people get bored”. As if to prove it, he famously used his spare time to perform a zero-gravity rendition of David Bowie’s song Space Oddity. “If you talk to him, what you learn is that he does actually get the boredom signal – he just deals with it super quickly and super effectively,” says Danckert, who wrote about Hadfield in his book, Out of My Skull: the Psychology of Boredom.

In space, Hadfield found meaning in the most brain-numbing of tasks, such as plumbing. But even when he was a child, helping out on his parents farm in Southern Ontario, he managed to keep himself engaged – challenging himself to hold his breath when he was asked to undertake the harrowing task of literally harrowing (breaking up big clumps of soil into smaller ones).

Following Hadfield’s lead when faced with a boring moment could have other surprising benefits. As BBC Future has explored in the past, embracing a tedious experience – letting your mind wander rather than reaching for your phone, for instance – may enhance creativity.

The bad news for easily bored people, says Danckert, is that the susceptibility has been linked to a range of other issues, such as impulsive behaviour, substance abuse, gambling addiction, compulsive mobile phone use, depression, mental trauma that manifests as physical sensations like pain – the list goes on. Intriguingly, it also seems to be linked to several personality disorders.

One is narcissism – not the ordinary kind, in which people have an inflated sense of their own importance and greatness, characteristic of certain politicians, but “covert narcissism”. This type involves people feeling like they’re fabulously talented, but they aren’t being given due credit for it. “They're like ‘If only the world knew’,” says Danckert.

No one knows for sure what explains the link, but an early theory is that, if there’s a gap between your natural abilities and your goals, you are setting yourself up for failure – and this leads to feelings of disenchantment and boredom. Another is that once a covert narcissist has received the empty approval they crave from the people around them, they will lose interest and become bored.

In fact, boredom is just one of many unpleasant side-effects to keeping narcissism bottled up. For example, covert narcissists tend to have low psychological wellbeing, while overt narcissists are relatively happy and have higher self-esteem.

Other personality traits linked to boredom include anger – aggressive drivers tend to be especially susceptible – and neuroticism, which involves having high levels of anxiety, guilt and jealousy. In all, being prone to boredom is generally a bad sign – and may be partly caused by having poor emotional control.

“We need to try and understand the causal nature of these relationships. And we haven't really done that yet,” says Danckert. “So for example, in the relationship between boredom and depression, does boredom precede depression – is it a risk factor for depression? I think the answer to that will be yes.”

The ultimate question is whether the strategies that make some people susceptible are all learned – or whether boredom can be genetic. This is something Danckert is currently looking into. “Again, we don’t have the data yet, but my speculative answer is that this is going to be related to something within certain individuals.”

However, Danckert expects that, as with all emotions, boredom is likely to arise from a combination of learned and genetic factors. It looks like Hadfield honed his ability to cope with boredom in childhood – and with the right techniques, even the most agonisingly boredom-prone might be able to lead richer inner lives.

So the next time you find yourself lamenting how tedious life is, think back to Lebedev and Hadfield’s differing experiences in space. You might well discover that it’s just a matter of perspective.