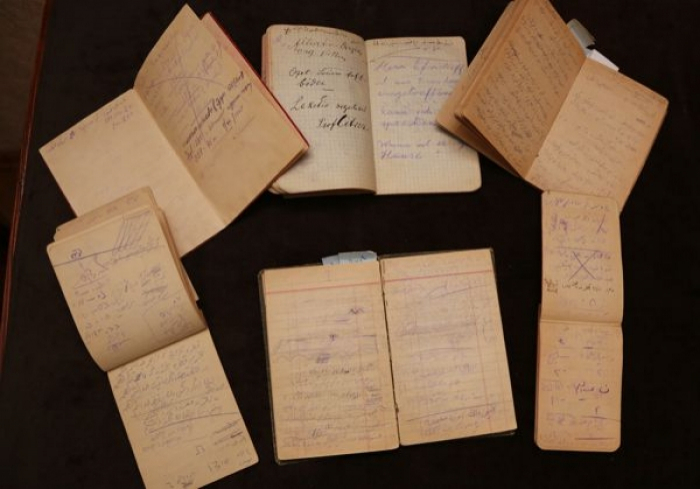 The Azerbaijani language defining national essence, based on the ideology of Azerbaijanism is one of the main attributes of our national patrimony. Irrespective of the place of residence, our language, being a means of cultural development and communication for millions of our compatriots passed a big historical way of development. Though from time to time it was exposed to various prosecutions, was under pressure, it managed to keep the patrimony. A people is the carrier of each language, first of all. The question of receiving the status of a state language doesn't depend only on the people, the nation, the creative intellectuals. The history repeatedly proved that development of language is closely connected with names of the leaders devoted to ideas of national independence, who with their political will and determination wnet down history as reformers and wise statesmen. In this regard, all-round development of the Azerbaijani language, its transformation into an official state language not only on paper, but in literal sense in an everyday life, finding apprach to the system of international relations, the world diplomacy, gaining successes, sounding from the most prestigious tribunes of the world, is connected only with the name of Great Leader Heydar Aliyev. Though the Azerbaijani language was declared an official state language in Azerbaijan under the Sefevids in the 16th century, as well in the times of ADR, due to objective historical reasons it didn't exist long. Late in Soviet period, to be precise in 1956, a law was passed to add an article about the state language to the Constitution of Azerbaijani Soviet Socialist Republic of 1937 that declared the Azerbaijani language a state language in the republic. However, this time again this noble cause failed due to lack of political wisdom. Thanks to Heydar Aliyev's flatness, determination, adherence to principles, despite serious discontent and a protest of the management of the USSR of that time, an article which has fixed the Azerbaijani language by a state language of the republic was introduced to the Constitution of the Soviet Azerbaijan, adopted in 1978.

After Azerbaijan regained state independence bigger horizons opened for wide application of our language and growth of its authority. Unfortunately, under the National Front Azerbaijan, due to its incompetence, as a result of its populist activity contradicting will of the people, the name of our language changed. Return of National Leader Heydar Aliyev to the management of the republic put an end to this historical injustice. In the first Constitution of our independent state adopted on November 12, 1995 by national vote, it is declared that in Azerbaijan the state language is called the Azerbaijani language.

Merits of the great leader in improvement of application of the state language, in signing of decrees on establishment of the Day of the Azerbaijani alphabet and the Azerbaijani language, pursuance of a purposeful policy on preservation of national cultural wealth, formation of the idea of Azerbaijanism are invaluable. It’s not coincidence that one of the first documents signed by President Ilham Aliyev, who’s adhered to traditions of statehood and Heydar Aliyev's political course, as a head of state was an order on mass publication of outstanding works by Azerbaijani and world classics in the Azerbaijani language in Latin graphics. These facts show President Ilham Aliyev’s great attention and respect for our language, culture rich with cultural wealth. Great leader Heydar Aliyev left as precept: «For future of independent Azerbaijan one of the most important goals is development of the native language, the state language». A duty of each of us is to protect purity and sanctity of the native Azerbaijani language.