Two US states declare states of emergency amid hurricane fears 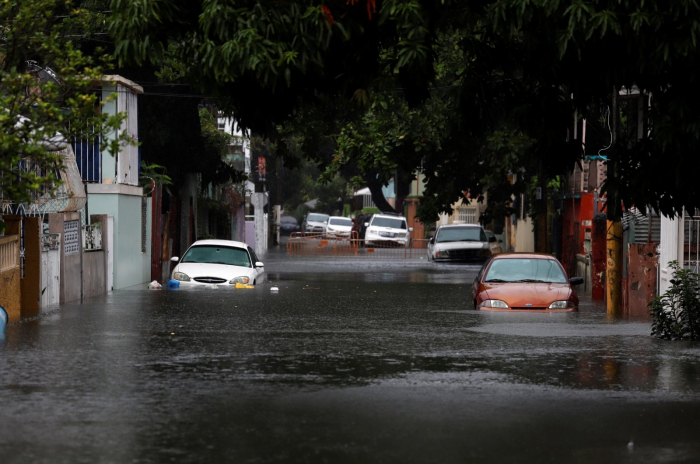 Florida and North Carolina declared states of emergency on Friday as Hurricane Isaias churned toward the U.S. East Coast, prompting authorities to close COVID-19 testing sites and people to stock up on essentials with heavy rains feared within hours, AzVision.az reports citing Reuters.

The hurricane, packing maximum sustained winds of 75 miles (120 km) per hour, was lashing the Bahamas, the U.S. National Hurricane Center (NHC) said in its latest update at 2:00 p.m. EDT (1800 GMT), and progressing toward the northwest.

The NHC said Isaias was “getting better organized” and could deliver heavy rains to South and east-Central Florida beginning late Friday before hitting the eastern Carolinas by early next week, potentially causing flooding in low-lying areas.

“While current projections have the eye of Isaias remaining at sea, the situation remains fluid and can change quickly,” Florida Governor Ron DeSantis told a media briefing. “The state of Florida is fully prepared for this.”

DeSantis signed an executive order establishing a state of emergency for a dozen counties on the Atlantic coast, a move that makes it easier to mobilize resources. North Carolina Governor Roy Cooper followed suit, predicting the storm could reach his state’s coast as early as Monday.

In contrast, South Carolina Governor Henry McMaster told reporters he had no plans to declare a state of emergency, saying he did not think it necessary.

The storm has already caused at least two deaths in the Dominican Republic and torn down trees, flooded streets and knocked out power for thousands of homes and businesses in Puerto Rico, according to local media reports.