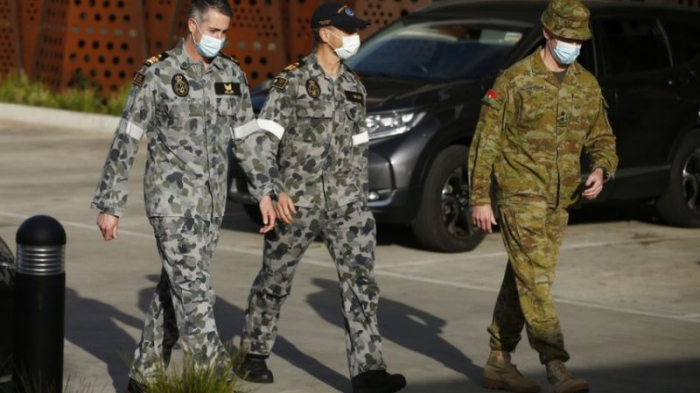 The Australian state of Victoria has declared a state of disaster and imposed new lockdown measures after a surge in coronavirus infections.

Victorian Premier Daniel Andrews said the restrictions would come into effect on Sunday at 18:00 (09:00 BST).

Under the new rules, residents of the state capital Melbourne will be subject to a night-time curfew.

Residents will not be allowed to travel further than 5 km (3.1 miles) from their home, exercise will be restricted to once a day, and one person will be able to go shopping for essentials at a time.

After early success in suppressing the virus, Australia has had fewer cases than many other countries, recording about 17,000 infections and 200 deaths.

But cases are rising rapidly in Victoria, accounting for many of Australia's new infections in recent weeks, promoting the return of lockdown restrictions in early July.

On Sunday, the state reported 671 new coronavirus cases and seven deaths. Those increases brought the totals to 11,557 infections and 123 deaths.

Mr Andrews said the lockdown measures introduced in the Victoria - Australia's most populous state - were working but too slowly.

"We must do more. We must go harder. It's the only way we'll get to the other side of this," Mr Andrews said at a news conference.

Mr Andrews said the changes to lockdown rules announced on Sunday will remain in place until at least 13 September.

What are the new restrictions?

Mr Andrews said Melbourne will move into stage-four restrictions on Sunday, placing further limits on the movement of people.

That will include a night-time curfew, which will be implemented across Melbourne from 20:00 to 05:00 from Sunday.

The only reasons for leaving home during these hours will be work, medical care or care-giving.