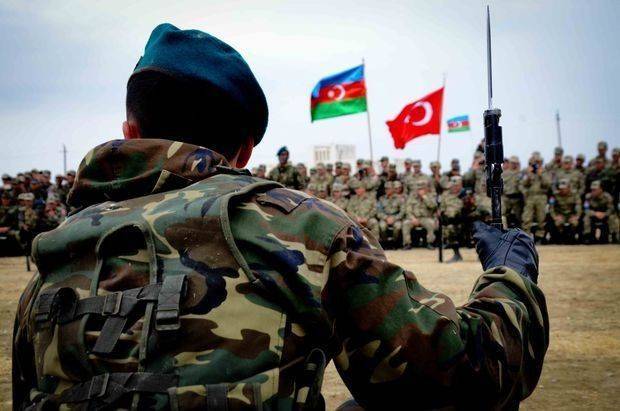 According to the exercise scenario, the units of the Combined Arms Army, the forces structure of the Nakhchivan Autonomous Republic and the Armed Forces of the Turkish Republic have been brought into the state of full combat readiness and, on alert, were withdrawn to the exercise areas.

Continuous control of troops is practically carried out by means of control systems from command posts. Formations and military units operate in accordance with combat readiness plans.

During the exercises, which involve combat aircraft, military transport, and attack helicopters, training flights are conducted with elements of aerobatic manoeuvring.