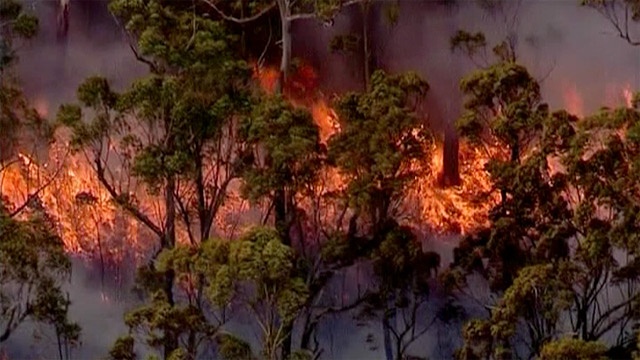 Brazil’s devastating fires in the Amazon have increased by a shocking 28 per cent from just one year ago, the country’s National Institute for Space Research has reported.

The enormous rise comes ahead of the traditional “fire season” for the region, which begins in August, and there are concerns Brazil could repeat the surge seen in fires in August 2019, when 30,900 fires were recorded by the institute - which represented a 12-year high for the month.

“We can expect that August will already be a difficult month and September will be worse yet.”

Environmental advocates blame Mr Bolsonaro for emboldening illegal loggers, miners and land speculators to destroy the forest with his vision of economic development for the region.

But Mr Bolsonaro has said his plans to introduce mining and farming in protected reserves was a way to lift the region out of poverty.

On 16 July, the government did however ban burning in the Pantanal wetlands and the Amazon forest for four months.

Mr Bolsonaro also issued an order in May for the military to coordinate environmental actions in the Amazon.

But experts said the fire numbers indicate the government's response is not being effective and also point to the possibility that this year's dry season will be even more prone to fires than last year.

Carlos Nobre, a researcher at the Advanced Studies Institute in the State University of Sao Paulo, said the deforestation index also has remained high this year until July, compared to the last couple of years.

“We can conclude, with data until the end of July, that the effectiveness of government actions to reduce fires and deforestation is low,” he said.

Carlos Rittl, senior fellow at the Institute for Advanced Sustainability Studies in Germany, told the Associated Press that trends in the Amazon are worrisome.

“The tendency is that this will be a more dry year than 2019 and this makes it easier for the fire to spread,” he said.

Non-government organisation Amazon Conservation told Reuters it has tracked 62 major fires for the year as of 30 July.

Many of those came after 15 July, when the fire ban went into effect, indicating it has not been entirely subscribed to, said Matt Finer, who leads the NGO’s fire tracking project.

The overwhelming majority of large fires, where elevated levels of aerosols in the smoke indicate large amounts of burning biomass, happened in recently deforested areas, with none found in virgin forest, Mr Finer said.

Criminals generally extract valuable wood from the jungle before setting fire to the land to increase its value for farming and ranching.

Natural fires are very rare in the Amazon.

Earlier this month, scientists at Nasa said higher surface temperatures in the tropical North Atlantic Ocean in 2020 were drawing moisture away from the southern Amazon.

“As a result, the southern Amazon landscape becomes dry and flammable, making human-set fires used for agriculture and land clearing more prone to growing out of control and spreading,” Nasa said on its website.