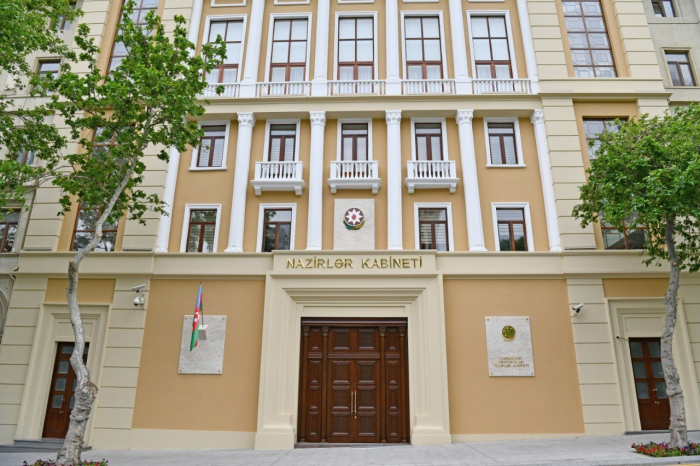 The Operational Headquarters under the Cabinet of Ministers has decided to ease virus quarantine restrictions, as of August 5, AzVision.az reports.

The decision was made based on the current sanitary and epidemiological situation, the number of active patients and the rate of infection.

-The system for obtaining permits to leave home by SMS, through registering on icaze.e-gov.az portal, by an official ID and a certificate of employment, will be cancelled;

- The beaches will be allowed to open in complying with the requirements of the quarantine regime defined by the Ministry of Ecology and Natural Resources of the Republic of Azerbaijan, the Ministry of Emergency Situations and the Baku City Executive Power.

All public transport on weekends in the cities and districts where the special quarantine regime is being tightened shall be suspended on the following dates:

The following restrictions remain in place during the special quarantine regime until 00:00 31 August:

• with the exception of cargo transportation, suspension of access to and from the country by land and air;

• with the exception of special purpose vehicles, including ambulances, emergency response, rescue, as well as trucks, suspension of passenger transportation  to and from other cities and districts of the country by land and air;

• with the exception of “ASAN Xidmət” and “DOST” service centers, suspension of collective and individual receptions of citizens in other state bodies;

• with the exception of funeral wakes, prohibition of religious ritual services, as well as the organization of mourning ceremonies in ceremonial halls, tents and other enclosed spaces;

• suspension of all public events, including cultural and sports events;

• prohibition of gathering in groups of more than 5 people in public places, including streets, boulevards, parks and other places;

• suspension of other cultural facilities, as well as Malls, cinemas, theaters, gyms;

• prohibition of the use of hookah equipment in public catering establishments;

• prohibition of family visits to patients in medical institutions;

• suspension of sports, health and rehabilitation services (except for medical services in this area);