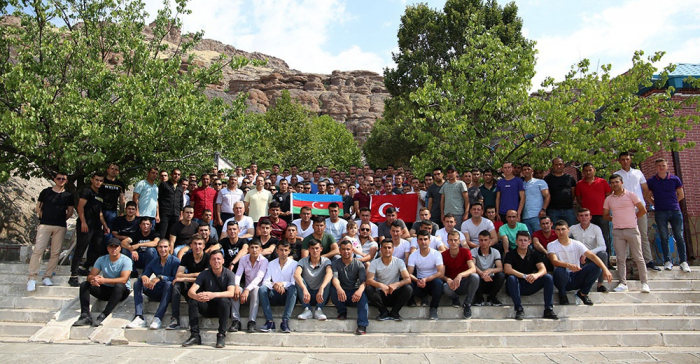 The Azerbaijani Defence Ministry has organized a cultural event on holidays and weekends for the servicemen of the Turkish Armed Forces taking part in the Azerbaijani-Turkish live-fire joint large-scale tactical and flight-tactical exercises, AzVision.az reports citing Azerbaijani Defense Ministry.

The servicemen of the Turkish Armed Forces visited the historical and cultural places of the Nakhchivan Autonomous Republic, the "Askhabi-Kahf" religious and cultural complex, Batabat Lake, the Shahbuz State Nature Reserve.

During the event, the Turkish servicemen got acquainted with the social and living conditions of the military personnel, as well as with weapons and military equipment of the military unit of the Combined Arms Army, and had lunch with our soldiers.