After a week of deadly blast, Beirut holds remembrance 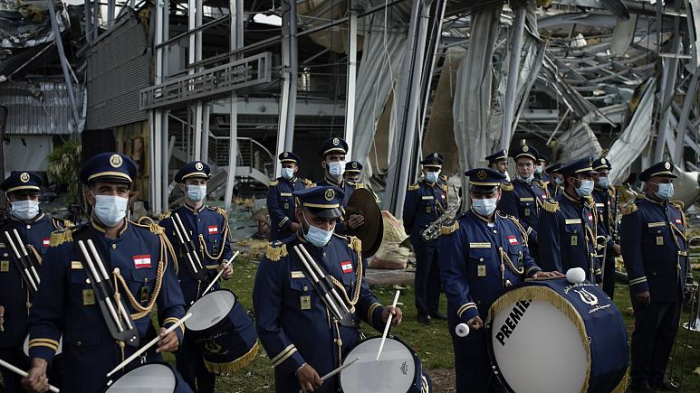 The shattered city of Beirut on Tuesday marked a week since the catastrophic explosion that killed at least 171 people, injured thousands and plunged Lebanon into a deeper political crisis.

Thousands of people marched near the devastated port, remembering those who died in the most destructive single blast to hit the country.

They observed a minute of silence at 6:08 p.m. local time, the moment on Aug. 4 that thousands of tons of ammonium nitrate exploded in the city’s port.

At that moment Tuesday, church bells tolled and mosque loudspeakers recited a call to prayer.

Hundreds marched through the streets of the hard-hit neighborhood of Gemayze carrying portraits of the dead before a candlelight vigil after dusk near the port.

Young people carried placards, each one printed with the names of one dead in a red and a green cedar, Lebanon’s national symbol, and sat on stairs in the Gemayze district, facing the port. Elsewhere in the city, burials of the dead continued.