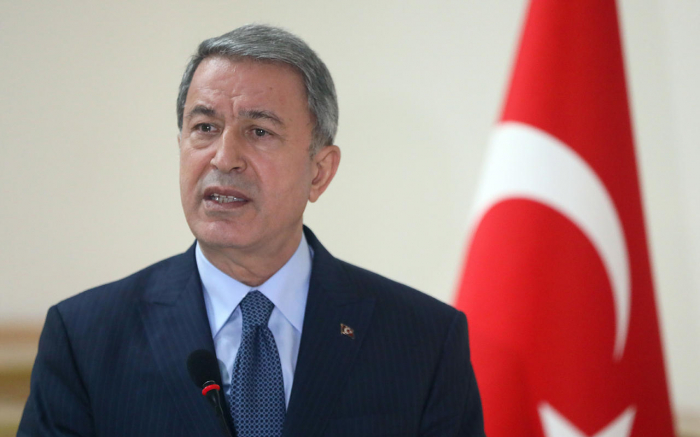 We are with Azerbaijan to the end in the fight against Armenia, which committed the Khojaly genocide, and occupied Nagorno-Karabakh region, Turkish Minister of National Defense Hulusi Akar said, AzVision.az reports.

Akar made the statement at a meeting with participants of the joint Azerbaijani-Turkish military exercises during his visit to Baku.

“We strongly condemn the recent attack by Armenia in the direction of Azerbaijan’s Tovuz district of the state border,” said Akar.

“I would like to very openly declare that with all our means, we are till the end with Azerbaijan and the Azerbaijani servicemen against Armenia, which in front of the whole world committed the genocide in Khojaly, and absolutely and illegally occupied Nagorno-Karabakh. Azerbaijan is not alone. We will continue to support Azerbaijan in its just struggle. In the struggle of Azerbaijan for the liberation of the occupied lands, we, Turkey with the population of 83 million, are next to our brothers,” Akar said.