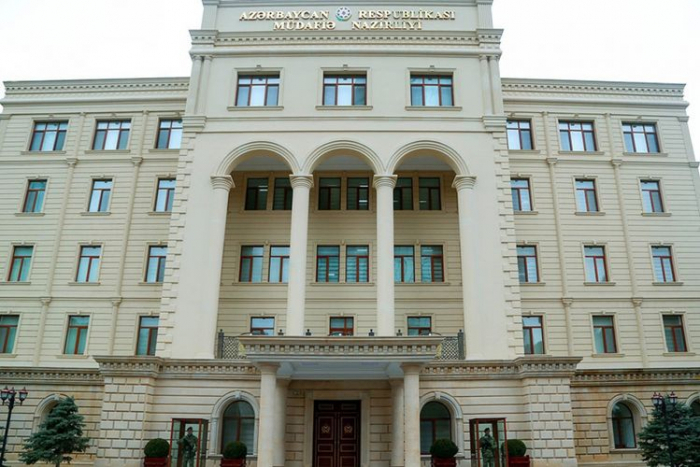 The Defense Ministry of Azerbaijan call the statements of the representatives of the criminal regime established by Armenia in the occupied territories of Azerbaijan "meaningless", AzVision.az reports.

The threats made by Armenia in regard to the shelling of the Azerbaijani city of Ganja are yet another military adventure of the enemy and an indicator of his aggressive policy, testifying an intention to commit further provocative actions.

During the armed hostilities in the direction of the Tovuz district of the Armenian-Azerbaijani state border, the units of the Azerbaijani Army strongly stopped the provocation of the enemy, who firing at our human settlements and civilians, killed one civilian.

We firmly declare once again that the Azerbaijan Army has sufficient power and is capable of destroying all firing points, strongholds, and other legitimate military targets of Armenia. Any provocations committed by Armenia will be strongly suppressed, as happened during the battles in the direction of Tovuz district, and the military-political leadership of Armenia will directly bear all responsibility for such provocations.