Why do oil spills keep happening? 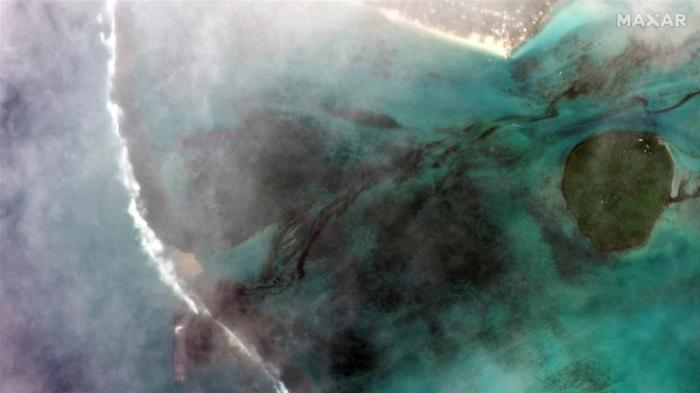 The recent oil spill off the island of Mauritius has brought the dangers of moving large quantities of oil by sea back under the spotlight.

The Japanese-operated MV Wakashio ran aground off the Indian Ocean island, and is thought to have leaked more than 1,000 tonnes of oil in an environmentally sensitive area.

How many oil spills are there?
The number of accidents involving spillages has fallen in recent years according to the International Tanker Owners Pollution Federation (ITOPF).

In the 1970s, there were about 80 spills a year of more than seven tonnes. This has fallen to an average of just six per year over the past decade despite a large increase in the number of tankers now transporting oil.

This improvement, according to Naa Sackeyfio of the ITOPF, is down to tighter regulation and improvements in safety standards.

There is, however, a big problem with the available data.

It does not include small oil spills (that's less than seven tonnes), which the ITOPF says account for more than 80% of all oil spills at sea.

The organisation says information on these small spills is difficult to gather and often incomplete.

The environmental campaign group Greenpeace says any oil spill should be a source of concern because of the damage caused.

"Even a single spill is one too many. Currently, there are many devastating ongoing spills in the world," Tal Harris of Greenpeace told the BBC.

Greenpeace says it is also concerned that ITOPF figures do not include every single type of vessel which could be transporting oil, so could be missing some accidents.

The ITOPF says its data covers not just oil tankers, but also bulk carriers (which carry oil and other goods), floating oil storage vessels as well as barges (so this would include the ship off Mauritius which was a bulk carrier).

How much oil has been lost?

It's worth noting that some of the biggest maritime oil spills have not involved ships at all.

In 1991, Iraqi forces invading Kuwait deliberately released eight million barrels of oil into the Gulf in a bid to foil a US-led attack.

And in 2010, there was a major accident on the Deepwater Horizon oil rig in the US, leading to huge amounts of oil escaping into the Gulf of Mexico.

"It is interesting to observe that the amount of oil spilt in just a few years in earlier decades was greater than the total of all the oil spilt this decade," says the ITOPF.

What causes these oil spills?

From 1970 to 2019, half of large spills were in open seas, and more than half of these were when a ship hit another vessel or ran aground or was damaged by hitting something under water.

These types of collision incidents were even more likely when vessels were navigating inland waterways or in ports and harbours.

Only a small proportion happened during loading and discharging or were due to hull failure, equipment failure, fire or explosions, or weather-related damage.

In fact, while the overall number of spills has been dropping, the number caused by collisions has been growing (perhaps expected due to the increase in vessel traffic).

Since 2010, 44% of spills greater than seven tonnes were due to collisions of various sorts - higher than the proportions for previous decades.

What about the damage from oil spills?

Any oil spill is potentially a disaster for the environment, and even a smaller spill may cause significant damage.

As oil is less dense than salt water, it floats and forms a thin film on the surface.

The floating oil sticks to the fur and feathers of marine mammals and birds, eliminating their insulating and water-repelling properties and exposing them to the cold.

Furthermore, the creatures can be poisoned by swallowing the oil residue.

And the volume of oil spilt doesn't always have to be huge to cause a problem. It depends where it occurs, what the prevailing weather conditions are at the time, and on other factors like how quickly a clean-up operation can begin.

Some of the largest oil spills did not have a major impact because they occurred far offshore. Others which were not quite as large - such as the Exxon Valdez spill in Alaska - caused huge damage because of where they occurred.

The recent MV Wakashio spill off Mauritius - although it didn't leak a huge amount of oil - is near two protected marine ecosystems and a wetland of international importance.

"Even relatively small volumes of oil can spread widely and cause a major impact, especially if they occur close to shore in calm weather and in sensitive marine habitats," says David Santillo, a scientist with Greenpeace.