Why can heatwaves make you angry? - iWONDER 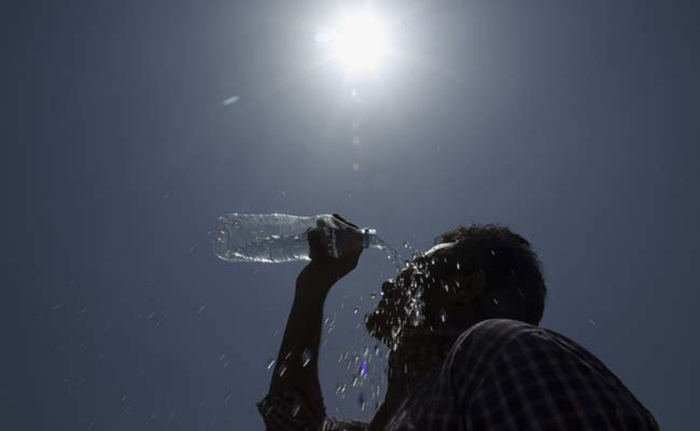 Hot weather can make many of us dreaming of ice cream, sunbathing and beaches, but the Sun can also make us violent, grumpy and depressed. Why?

It was July 1988. Across the United States, the land was simmering in the warmest summer on record. City dwellers swarmed onto beaches, electricity use was higher than ever as people cranked up the air conditioning and the freeways were lined with broken-down, overheated vehicles. Ice lollies melted before they could be eaten.

But something else was happening too.

In fact, 1988 wasn’t just a year of record-breaking sunshine, but also record-breaking violence. There were an unprecedented number of murders, rapes, armed robberies and assaults – around 1.56 million of them. While it is hard to link any single incident to the heatwave, could there have been a link between the weather and the general trend for violence?

People have suspected that warm weather can alter our behaviour for centuries. The idea is embedded into our very language – we talk of tempers “flaring”, “incandescent” rage, getting “hot under the collar” – and Shakespeare described “mad blood stirring” in the oppressive heat of a Verona summer back in 1597.

The earliest studies into the phenomenon emerged in the late 19th Century, coinciding with the first reliable crime statistics. According to one analysis, offences against people tended to peak in the summer months, while crimes against property were found to be more common in the winter.

Since then, the evidence has been piling up.

Every year, as the mercury rises, we undergo a collective transformation. Some of the symptoms are relatively minor – people are more likely to honk their horns when they’re stuck in traffic; the police usually notice a spike in disorderly behaviour; and we’re less likely to help strangers out.

But others are more disconcerting.

The global heatwave of 2018 – which led to widespread droughts and unusually high numbers of Arctic wildfires; drove reindeer to Finland’s beaches; and even shrunk a mountain in Sweden – was also associated with some alarming human occurrences. In the UK, there were a record number of 999 calls, with one police officer commenting that the public react “very strangely” to that kind of weather and in some areas, police reported that calls were up 40%.

Of course, this is all heavily anecdotal – and there are plenty of alternative explanations for these individual incidents. But the wider correlation appears to be supported by a weight of academic research from around the world.

In the UK, between April 2010 and 2018, there was 14% more violent crime at 20Cthan there was at 10C. In Mexico, there is more organised crime in warmer weather – and some academics suspect this is because it creates a “taste for violence”. In South Africa, scientists have discovered that, for every degree that the temperature goes up, there is a 1.5% increase in the number of murders. In Greece, one study found that more than 30% of 137 homicides reported in a particular region occurred on days with an average temperature of more than 25C.

Similar patterns involving violent crime and heat have also been observed Sub-Saharan Africa, Taiwan, the United States, Finland, and Spain… the list goes on. In all, the effect has been demonstrated in hundreds of scientific studies.

Then there are the uprisings. In one study, scientists tracked uprisings around the world from 1791 to 1880 – and found that the overwhelming majority occurred in the summer months. Whichever end of the planet they looked at, the relationship still held up. For example, in Europe they were most likely to happen in July – while in South America they were more likely to happen in January.

More recent studies have confirmed the link between social movements and the weather. An analysis of more than 7,000 events over 36 years found that they tended to happen on more clement days, and as the temperature went up, they were more likely to get violent. Anecdotally, it seems to fit. Just last week, rioting broke out in the Netherlands after the hottest week since the nation started keeping records; a building was set alight, fireworks were hurled at police officers and 27 people were arrested.

While it’s clear that the injustices and other triggers for social unrest can happen all year round, it seems that we’re far more likely to react when it’s warm.

“There is a caveat,” says Trevor Harley, emeritus professor of psychology at the University of Dundee. “The relationship between heat and things like rioting is U-shaped. So when it becomes very hot or humid, people don't do anything because it's just too uncomfortable to move.”

Finally, the conditions outdoors can also impact the incidence of self-harm. A study of 1,320,148 suicides across 12 countries found that higher ambient temperatures were associated with an increased risk of suicide in general, and that this relationship was especially straightforward in Western countries and South Africa. Overall, the highest risk occurred when temperatures reached 27C. Research in Australia has found that there tends to be a spike in hospital admissions at around this temperature, with an increase of 7.3% during heatwaves.

Why the weather has such power over our behaviour is a total mystery – but as the world heats up, scientists are racing to find some answers.

One of the more obvious possibilities is that hot, stuffy weather is uncomfortable, which puts us in a collectively worse mood, and leads to harmful behaviour. There is plenty of evidence that the first part of this is true – high temperatures make us more angry and stressed, and less happy. In hot weather, professional football in the US National Football League (NFL) are more likely to engage in aggressive penalties; journalists are more prone to using negative language in their reporting; and people are more likely to strike and quit their jobs.

One researcher put it in these stark terms: on average, there’s a greater difference between how people feel on 32C vs 21C days, compared to whether they’re widowed or divorced vs married.

The idea is further backed up by the discovery that the weather might be able to infiltrate our brains by altering our biology. In 2017, scientists discovered that the ambient temperature in Finland correlated with the amount of serotonin – an important brain chemical which regulates anxiety, happiness and overall mood – circulating in the blood of healthy volunteers and violent offenders. Crucially, they also found a strong link between this measure and the monthly violent crime rate. This suggests that heat alters our serotonin levels, which in turn affect our levels of aggression.

Another idea is that hot weather increases our levels of testosterone, which makes us more aggressive – a fact which could also partly explain why, as the days start to lengthen, there’s a jump in the incidence of sexual and domestic violence. In the United States, there is 12% more “intimate partner violence”, which includes physical, sexual, and emotional abuse, in the summer than the winter.

However, there are plenty of alternative explanations. An important consideration is that most of these studies are based on correlation – they link one factor, temperature, with another, crime. But this doesn’t mean one necessarily affects the other directly. When the Sun comes out, we inhabit a very different world – one of partying at crowded festivals, socially acceptable daytime drinking, and generally being more active.

Could these summer activities, which bring us into contact with other people and heighten our emotions, be the real drivers behind our heatwave behaviour?

“It is difficult to disentangle these things, because they always go together,” says Harley. “If you take suicide rates – they go up when it’s warmer and means of suicide are more available because people are outdoors... But they are highly variable across the world. Russia has one of the highest levels, and that’s probably something to do with the high levels of alcohol consumption, rather than the weather.”

The Covid-19 pandemic might just provide some answers, because since it emerged, many of our normal summer activities have become impossible. The pandemic has already proved to be a natural experiment for a number of urgent questions, such as what happens when long-distance travel is dramatically reduced or how whales respond when the oceans become less noisy, so who knows, perhaps it will reveal whether violence really is linked to summer revelling or just heat.

Regardless of what’s driving the link between the weather and our behaviour, it has some uneasy implications for the future. Scientists have predicted that, as climate change kicks in, just a 2C increase in global average temperatures could increase the rate of violent crime by more than 3% in temperate regions such as Western Europe. At the moment, many experts believe we’re on track for a temperature rise of over 3C, even if we meet all our current climate commitments.

Though why the weather affects us remains a mystery, perhaps we’d better brace ourselves for what’s coming.