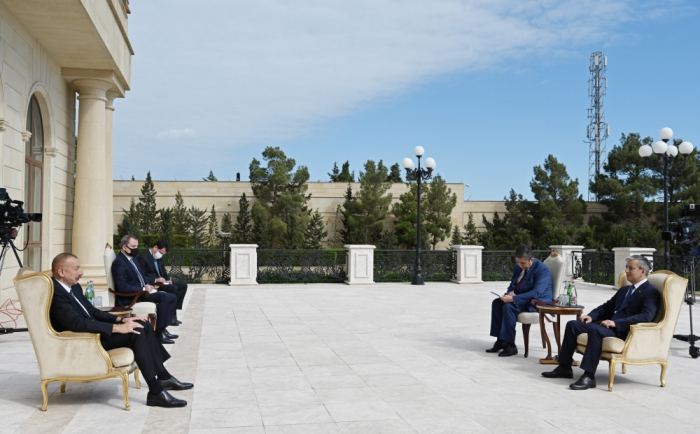 The diplomat made the remarks Tuesday during a meeting with Azerbaijani President Ilham Aliyev.

Ashrafkhanov also touched upon bilateral ties between the two countries. Uzbekistan attaches great importance to developing trade and economic ties with Azerbaijan, said the ambassador, describing Azerbaijan as a strategic partner in this field for his country in the CIS area.

He went on to say that Uzbekistan is also interested in learning Azerbaijan’s experience in agriculture, especially hazelnut and pomegranate cultivation.

The ambassador expressed hope that the coronavirus-related quarantine measures will be lifted soon, and Azerbaijani President Ilham Aliyev will pay a visit to Uzbekistan. Ashrafkhanov said he is confident that the Azerbaijani president’s upcoming visit to Uzbekistan will give a new impetus to the expansion of cooperation between the two countries.