How can inequality be depeened by outdoor advertising? 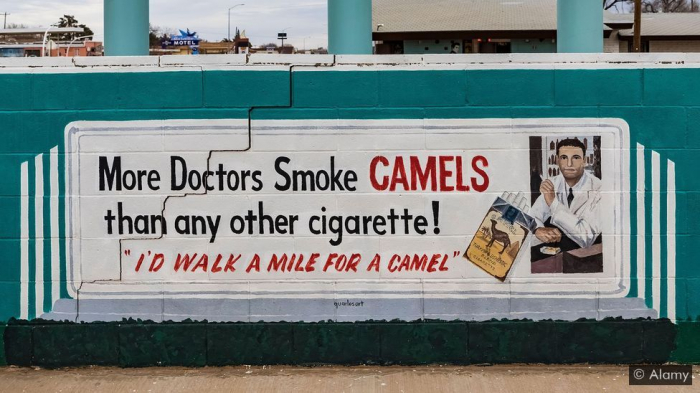 From billboards to posters, adverts are everywhere and can be an eyesore for anyone – but for communities they target the most, they’re also a public health risk.

On a Saturday morning in July, a group of face-mask-wearing protestors milled about a small plot of land next to a busy road in the English city of Bristol. Houses lined the side of the road they were on, with industrial buildings and a river on the other side.

They were dwarfed by a large placeholder billboard bearing the logo of the world’s largest outdoor-advertising company, JCDecaux. The site was slated to have a big, new digital billboard. Those plans had drawn the ire of protestors – largely members of Adblock Bristol, a group advocating for a reduction in outdoor public advertising.

Some local residents observing the group were apathetic. “I’m not really opposed to it,” shrugged Simon Hitchcock, watching the protest from a nearby bus shelter. He wondered if the bright lights might even bring a positive sheen to the largely working-class area, which was being redeveloped for multi-storey housing.

Anti-advertisers tend to be an ardent but niche group. Iwona Tempowski, who lives about half a mile from the protest site, said she was there “to fight for a bit of humanity and nature”. She wanted the vacant site to be turned into a sculpture park, rather than a shrine to consumption.

But the desire for more beautified public space isn’t the only factor that has mobilised some to push back on highly visible outdoor adverts. What Tempowski has observed in Bristol holds true for cities around the world, where evidence shows that lower-income people are bombarded with more ­– and more harmful – ads than those in wealthy neighbourhoods. Some opponents are fighting the public health threat these billboards’ messages pose, especially in less affluent areas with vacant lots and cheap land values.

The inequality of exposure

Many people consider outdoor adverts to be eyesores. But opposition campaigners point to the deeper effects of a glut of public advertising – for instance, causing mental overload and overspending and exacerbating the environmental consequences of overconsumption. This has led the anti-advertising movement to comprise a varied coalition of psychologists, environmentalists, public space activists and artists. The movement is also finding common cause with some public health researchers, as in the case of junk-food advertising.

One study of four US cities found that overall advertising density was two- to four-times higher in low-income postal codes than in high-income ones. This is in large part because the land there is cheaper. Wealthier areas are also more likely to be deemed to have conservation or heritage value, and so it’s harder to obtain planning permission to erect ads there. Privately owned sites will generally have an easier time obtaining such permission, unless especially motivated or politically connected citizens mount opposition to it. In the UK, the exact procedures vary from council to council, although the National Policy Planning Framework sets out general stipulations.

Less affluent areas (for instance, in Newcastle, England) have more dense concentrations of billboards for less healthy foods. The Newcastle study found that 20% of the advertising land space was for food, with a KFC product being the most commonly advertised food. As Adams points out, “less healthy foods are cheaper, calorie-for-calorie and gram-for-gram”. Thus it’s not a paradox that people with less spending power are being disproportionately exposed to adverts for unhealthy food.

Outdoor advertising is also more prevalent in neighbourhoods with higher proportions of certain racial minorities, such as black residents in New York City. This holds even for more affluent, predominantly black neighbourhoods.

“In high-income white areas, there just wasn’t outdoor advertising,” says Sonya Grier, who researches marketing at American University in Washington, DC, and has examined outdoor-advertising density. “Living in an upper-income white neighbourhood was kind of protective” against marketing of products contributing to obesity. This was in stark contrast to inner-city minority neighbourhoods where billboards, bus shelters and walls commonly promote soda, fast food and sugar cereals. These visuals influence people by amplifying the many other kinds of unhealthy-food marketing – including on TV, magazines, radio and internet – aimed particularly at young people and minorities.

On its own, advertising influences preferences for food high in salt, fat and sugar. But abundant public advertising is linked with not just poorer nutritional health, but also limited walking and recreational space caused by the uneven layout of cities.

According to Carla Denyer, a city of Bristol councillor who also works for the Adfree Cities network, long-standing inequalities and dual carriageways cutting through more deprived communities mean that low-income residents are disproportionately exposed to outdoor billboards targeted especially at motorists zooming through.

Denyer gives the example of Lawrence Hill, one of the poorest areas of Bristol, which is next to a confluence of major roads and has a very high concentration of outdoor adverts. “It has some of the worst air quality in the city, and yet it also has some of the lowest car-ownership rates in the city. So there’s a real kind of double inequality there. Because the people that live there are not the people who are causing this pollution, but they happen to live in it and they’re facing premature deaths and breathing problems in their children.” At the same time “they’re also being subjected to advertising telling them how great these SUVs are that are actually causing all of these problems.”

Public-health researcher Adams believes that the disparities in land value, and their consequences for unequal advertising, shouldn’t be dismissed. Whether inequalities built into cities are a product of neglect or discrimination, she advocates more regulation of public advertising in view of the public health impacts, particularly on more vulnerable groups.

Some jurisdictions have had success in cutting out specific product categories that are deemed socially harmful. For instance, London has banned posters for junk food across its public transport network in an attempt to curb child obesity (although it’s unclear what effect this has had). In France, proposals for the citizens’ climate convention have included suggestions to ban advertising harmful to the environment or to health.

Governmental regulation and policy implementation isn’t such a straight road, however, as evidenced by prior fights over advertising that threatens public health, such as tobacco. Tobacco-advertising regulation was a hard-fought victory for public health professionals, but Grier believes that the battle against junk food is likely to be more challenging.

Rather than tackling powerful lobbying groups at the national level, it may be more effective to think small. “Local officials can consider things like zoning restrictions,” she says. “I think local officials can also think about how they might identify specific strategies for their locality that change the message environment, and work to incentivise the promotion of healthy food and disincentivise the promotion of unhealthy foods using the tools that they have at their disposal.” Reducing the overall space for advertising would be likely to reduce the advertising of unhealthy foods that form such a large share of marketing efforts, especially in relation to children, low earners and minorities.

There’s also scope for working with community groups. “We’ve done research that shows that there are significant numbers of community members that are concerned about these issues, especially when they’re sensitised to them,” says Grier.

Some cities have gone further than blocking specific categories of ads, by restricting outdoor advertising altogether. Distaste for ‘visual pollution’ has led to the restriction of outdoor billboards and signs in São Paulo. Some Indian cities have banned ads in certain public spaces where they were considered to endanger public safety or block views.

But in Bristol, campaigners have had to combat each billboard one by one, using the National Policy Planning Framework. This allows for challenges on the grounds of road safety or public amenity. Denyer says that Adblock Bristol has successfully challenged about 75 digital outdoor ads so far, primarily using the road safety argument that digital billboards are distracting to drivers. But “what we really need is for government and local councils to change their policy so that we don’t have to fight each individual planning application”.

One concern is the potential loss to cities of badly needed revenue, for instance from rents and business rates, that come from advertising. But that common assumption is misguided, according to Denyer. She believes that the public income derived from advertising is minimal and would be dwarfed by the longer-term costs of dealing with air pollution, obesity and other ills associated with advertising.

“Outdoor advertising, we do not consent to it. It’s there whether we want it or not,” emphasises Denyer. “And if we are forcing that experience on all the people that live in the more deprived areas of the city, then that’s worsening the inequalities all the more.”