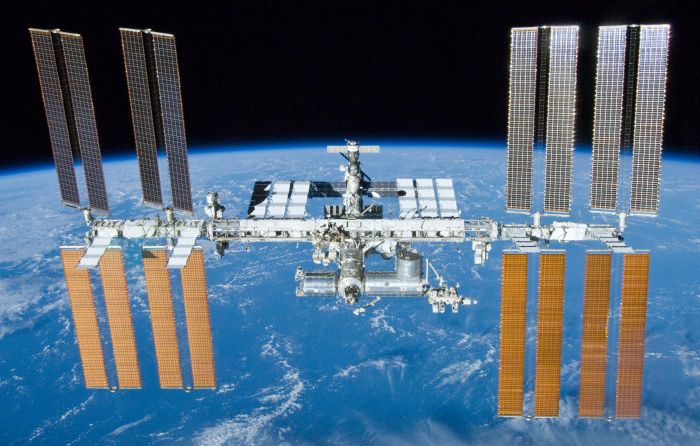 The International Space Station (ISS), in Earth orbit at hundreds of kilometres altitude, is not perfectly airtight. Each day the cabin loses a minute amount of air, monitored carefully so that a liveable atmospheric pressure can be maintained, and to identify leaks, ScienceAlert reported.

Now the latter has come to pass, just two years after the last leak. The rate of air loss on the station has risen above a level that can be explained by the normal ISS day-to-day, according to a NASA blog post.

Mission control first noticed something awry in September of 2019, but the increase in air leakage was slight - not enough to cause serious concern. Now that rate has increased, so they're buckling in to find out where the extra air is escaping.

The current ISS crew are not in any danger, but NASA astronaut Commander Chris Cassidy and Roscosmos cosmonauts Ivan Vagner and Anatoly Ivanishin will have to hole up in the Zvezda Service Module for the weekend while mission control searches for the source of the leak.

"All the space station hatches will be closed this weekend so mission controllers can carefully monitor the air pressure in each module," NASA's Mark Garcia wrote. "The test presents no safety concern for the crew. The test should determine which module is experiencing a higher-than-normal leak rate."

The last leak on the ISS took place two years ago, identified by ground control at 23:00 UTC (19:00 EDT) on 29 August 2018. At that time, the same measures were taken - the crew moved to the Russian segment, and the space station modules were sealed off and their atmospheric pressure examined.

This procedure narrowed down the leak to the Soyuz MS-09 spacecraft, which was temporarily attached to the Rassvet module of the ISS at the time. It was traced to a small, two-millimetre hole with drill tracks next to it, leading to speculation that it was caused by a manufacturing mistake. But, although Roscosmos has concluded its investigation, the source of the hole has not been revealed.

An earlier leak was identified and patched in 2004, in a vacuum jumper cable used to equalise air pressure across a window in the Destiny laboratory module.

Tracking down such leaks can be challenging because of the normal air pressure fluctuations inside the space station. In addition to the normal leak rate, the pressure also changes due to temperature fluctuations, as well as routine station operations, such as spacewalks and the arrival and departure of resupply spacecraft.

During their weekend in the Zvezda module, the ISS crew will continue their normal duties as much as they are able. Once the leak has been traced to a specific module, the crew will be able to perform a more granular search to find the precise source.

"The US and Russian specialists expect preliminary results should be available for review by the end of next week," Garcia wrote.