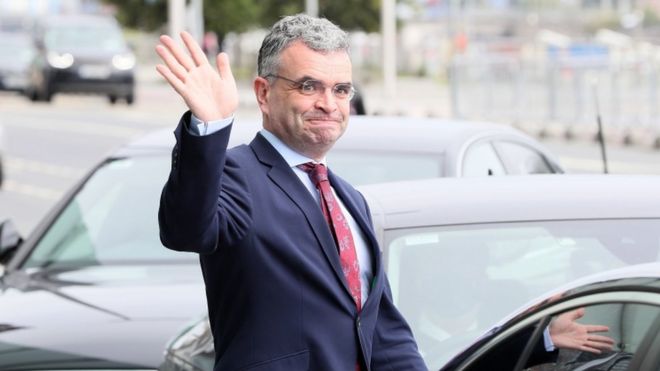 Irish Agriculture Minister Dara Calleary has resigned after attending a golf dinner with more than 80 people.

Dara Calleary had been in post for a month; he replaced Barry Cowen who was sacked after a drink-driving scandal.

The Irish PM accepted the resignation, saying Mr Calleary's behaviour "was wrong and an error of judgement".

In a statement on Friday, Taioseach Micheál Martin said: "People all over the country have made very difficult, personal sacrifices in their family lives and in their businesses to comply with Covid regulations."

"This event should not have gone ahead in the manner it did, given the government decision of last Tuesday."

Mr Calleary apologised profusely in a series of tweets on Thursday, saying: "In light of the updated public health guidance this week I should not have attended the event."

"I wish to apologise unreservedly to the public, from whom we are asking quite a lot at this difficult time. I also offer this apology and my sincere regret to my government colleagues."