Azerbaijan will never forget their sacrifice - VIDEO dedicated to martyrs 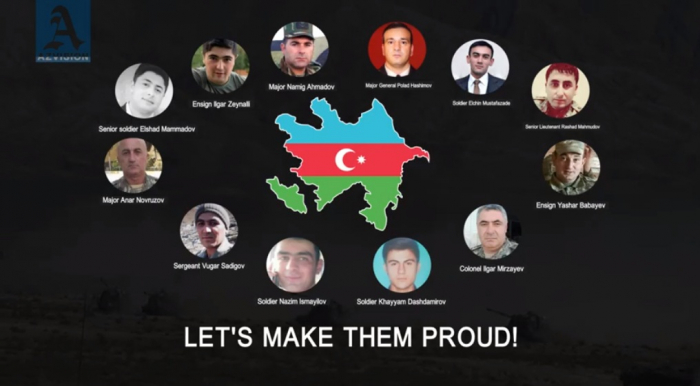 On 12th July, Armenian Armed Forces violated the ceasefire regime using artillery and fired the positions of Azerbaijan in direction of Tovuz district, in the border between the countries. As a result of the Armenian provocation, 12 Azerbaijani servicemen, including a 76-years old civilian were killed, civilian and state property was damaged. Following the incidents, thousands of Azerbaijanis held a march to express their support for the Azerbaijani Army and the Supreme Commander-in-Chief and the President of the Republic of Azerbaijan Ilham Aliyev.