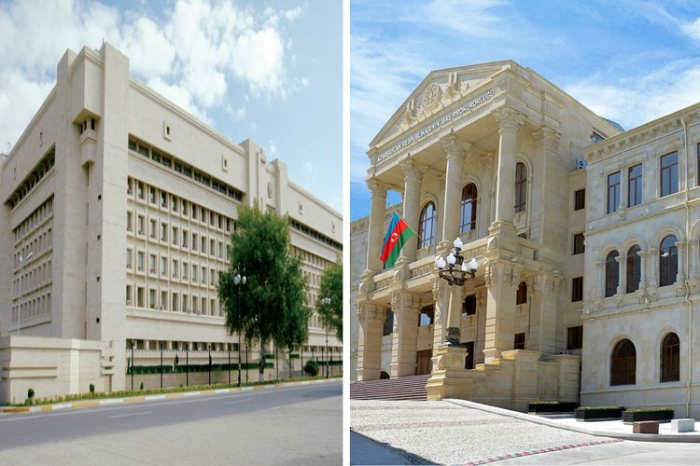 A criminal case has been filed against a commander of the Armenian sabotage reconnaissance group upon five articles of the Azerbaijani Criminal Code, says the joint statement of the Azerbaijani Prosecutor General's Office and the State Security Service.

There were solid suspicions that Gurgen Alaverdyan, having taken part in illegal armed formations in the territory of the Kalbajar region, occupied as a result of the wars of aggression initiated by the Armenian armed forces, attacked the military personnel, military enterprises, departments, organizations of Azerbaijan or individuals, causing harm to their health, causing significant property damage or other socially dangerous consequences, as well as committed actions classified as illegal acquisition, storage, transportation and carrying of firearms, their parts and ammunition. There were also solid suspicions that Alaverdyan, on behalf of the Armenian special services, in order to collect and transfer to this country information constituting a state secret for their use to the detriment of the security of Azerbaijan, crossed the state border on August 23, 2020 for espionage purposes.

On the fact, the General Prosecutor of Azerbaijan opened a criminal case under Articles 100.2 (waging an aggressive war), 276 (espionage), 279.1 (creation of armed formations or groups not provided for by law), 228.1 (illegal acquisition, transfer, sale, storage, transportation or carrying of weapons, component parts for it, ammunition, explosives and explosive devices) and 318.1 (illegal crossing of the state border of the Republic of Azerbaijan).

In order to conduct a thorough, complete and objective preliminary investigation within the framework of a criminal case, a joint operational-investigative group was created, consisting of employees of the Prosecutor General's Office, the State Security Service, the Ministry of Internal Affairs and the State Border Service.