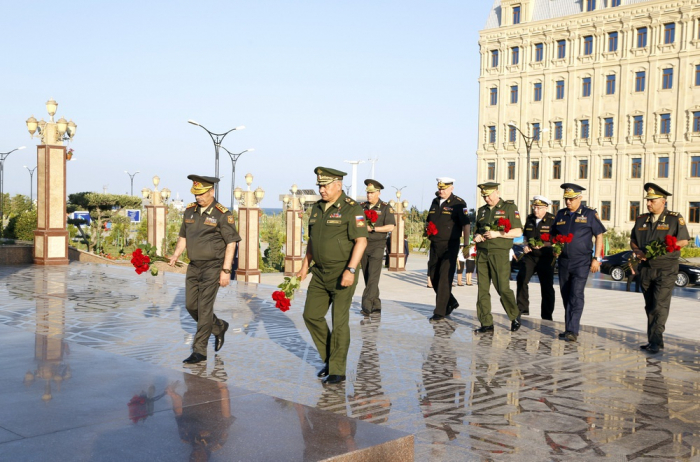 First, the guests, laying flowers at the monument to national leader Heydar Aliyev, erected in front of the headquarters of the Naval Forces, paid tribute to his memory.

The Minister of Defense of the Republic of Azerbaijan, Colonel General Z. Hasanov welcomed the participants and guests of the ceremony and declared the "Sea Cup" international contest open.

Russian Defense Minister General of the Army S. Shoigu thanked for organizing the event at a high level.